A house at the Huay Namthor village in the Muang district of Phuket has been getting some additional visitors since December 31.

Tourists, using Google Maps to find the popular attraction of Laem Promthep (Promthep Cape), the southernmost spot of the island, have been ending up 4 kilometres away from their intended destination.

The location pin had been moved by hackers.

The mayor of Rawai municipality, Aroon Soros, says the location pin of for Promthep Cape on Google Maps had been moved since December 31.

Promthep Cape has a nightly traffic jam as tourists flock to the southern cape to enjoy the sunset (the exact same sunset they could see anywhere along the west coast of the island, but…)

“The move has affected visitors who relied on Google Maps as they were misguided to another venue, which is not Laem Promthep. It’s a waste of time for the visitors. They also missed opportunities to view the beauty of the sunset viewpoint on the island,” he told Bangkok Post.

The municipality has responded by erecting additional signposts along the route south and is advising visitors to search for some of the adjacent tourist magnets, such as Larn Phra Prom or Promthep Cape Lighthouse, when searching for Promthep Cape on Google Maps.

The mayor is also calling on the Digital Economy and Society Ministry to help solve the problem of the errant Google Map pin.

UPDATE: By lunchtime Friday the ‘pin’ had been re-located to the proper location. 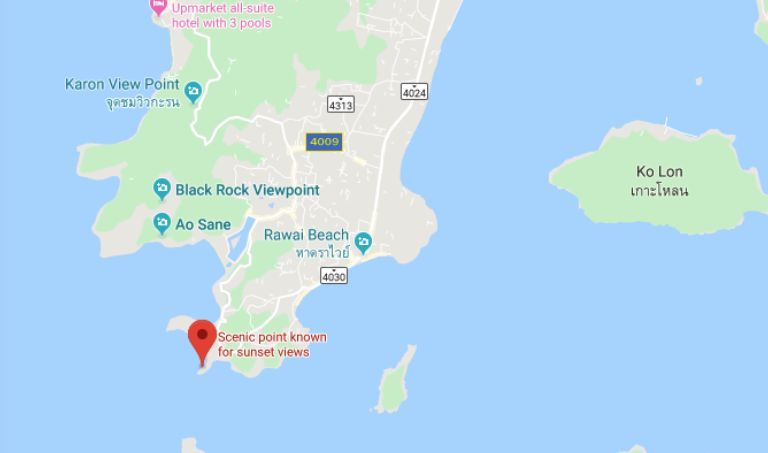