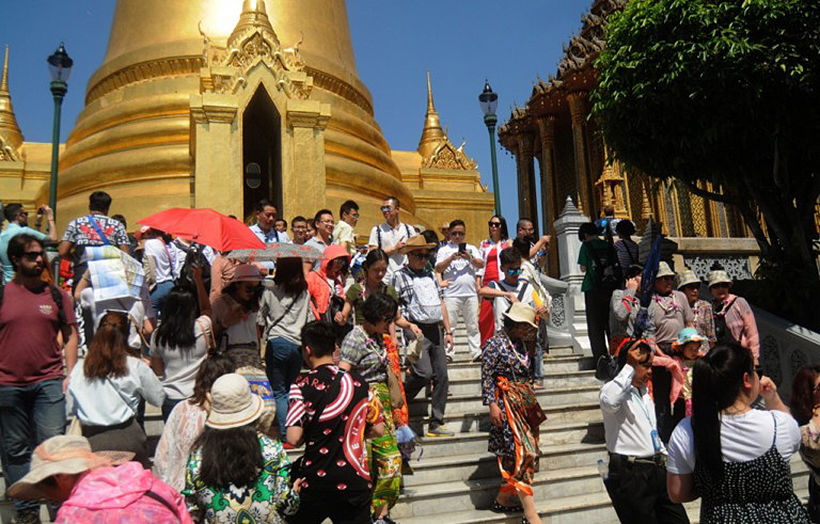 “The scheme is due to run from New Year until Chinese New Year on January 25, into early February.”

The Thai Sports and Tourism Minister says the government is planning a range of stimulus measures to increase Chinese visitor numbers and boost Thailand’s currently sluggish tourism sector. Though there hasn’t been any radical drop in numbers, the increase from the past two decades has certainly levelled off in the past few months. And many resorts are reporting late bookings for Christmas with the annual high-season surge later this year.

ThaiVisa reports that Minister Pipat Ratchakitprakarn has announced a number of proposals that will be put to the Economic Affairs Committee for consideration. They include the provision of multiple entry visas, as well as an online help facility.

The measures will be debated next Tuesday and if granted, will mean Chinese visitors to Thailand can be granted multiple entry visas on arrival. The scheme is due to run from New Year until Chinese New Year on January 25, into early February.

Chinese travellers will also be able to register their information in an electronic visa-on-arrival database before they even leave China. This move is expected to improve waiting times at immigration counters at Thai airports.

Minister Pipat says that following the successful stimulus packages launched to boost domestic tourism – notably the extremely popular Chim-Shop-Chai campaign – his department is now focused on encouraging more visitors from China to holiday in the Land of Smiles.

Kratom leaves to be declassified as a narcotic