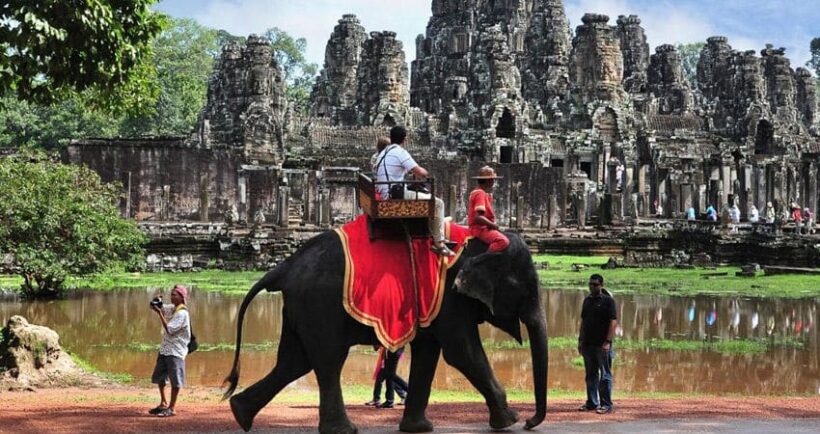 Elephant rides around Cambodia’s famous tourist magnet Angkor Wat are being banned. The operator of the local elephant rides around Siem Reap says they have been under pressure from international animal rights organisations, social media and activists to stop the rides.

Riding to Angkor Wat at sunrise has been a favourite tourist experience for the past decade.

Oan Kiry of The Angkor Elephant Group Committee in Siem Reap says his group had found a location with plenty of natural forests and a stream in Sotr Nikum district, south of Kulen Mountain according to The Phnom Penh Post.

All 14 elephants that have been used for the service are to be transferred to a conservation and breeding centre, where tourists will be able to take photos with them. Only two in the group are male and the elephants range from 30 to 60 years of age.

Ten years ago, there were almost 200 domesticated elephants in Cambodia, but as they were unable to reproduce due to old age, with many dying through a lack of care and the food, that number are now reported to be down to a mere 70.

Wild Earth Allies Cambodia program director Tuy Sereivathana voiced his support for the group’s initiative to create a preservation centre and breed domestic elephants, instead of the popular elephant rides.

“In the culture and traditional customs of some Cambodian people, they live by domesticating elephants. A drop in the number of domesticated elephants means wild elephants are then domesticated to take their place. A decrease signals a worrying trend for further losses in the country if they are not properly protected.”

Elephant rides and performing elephants at animal shows and zoos are still popular around Thailand. Whilst there have been new elephant parks and sanctuaries established around the country, the elephant rides and shows remain legal, and popular amongst some tourist demographics.

The Thaiger would like to encourage tourists to seek out the elephant park or sanctuary experiences whilst in Thailand. Here’s a report from guest writers about their visits to some of the parks, in Phuket and Chiang Mai. 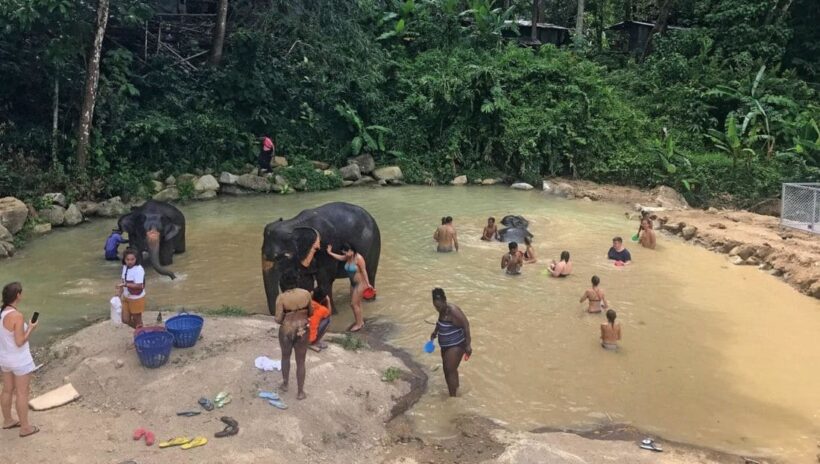 Thai PM acts on illegal and unlicensed hotels and accommodation