Bangkok, despite some recent tourist number woes, continues to be ranked near the top in most world travel indices. Now Bangkok has been ranked first in the Mastercard Global Destination Cities Index (GDCI) for international overnight visitors for the fourth straight year. And the sixth time in the past decade.

The GDCI 2019 ranks 200 cities is based on Mastercard’s analysis of visitor numbers and spending in 2018.

International overnight visitors spent more than US$20 billion in Bangkok, a 15% increase from 2017, while in Phuket they spent more than $12 billion, a 9% increase, according to Mastercard. 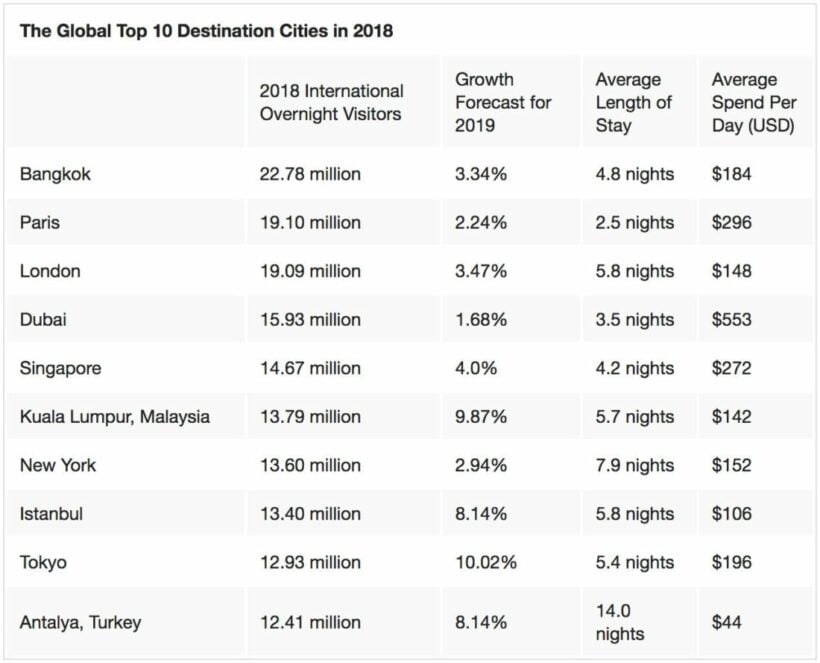 Hat Yai had the highest increase with growth of over 19%, mostly from Malaysian visitors.

China was Thailand’s biggest market, though some of the kingdom’s famous holiday destinations, particularly the islands, saw an increase in visitors from Europe and Japan.