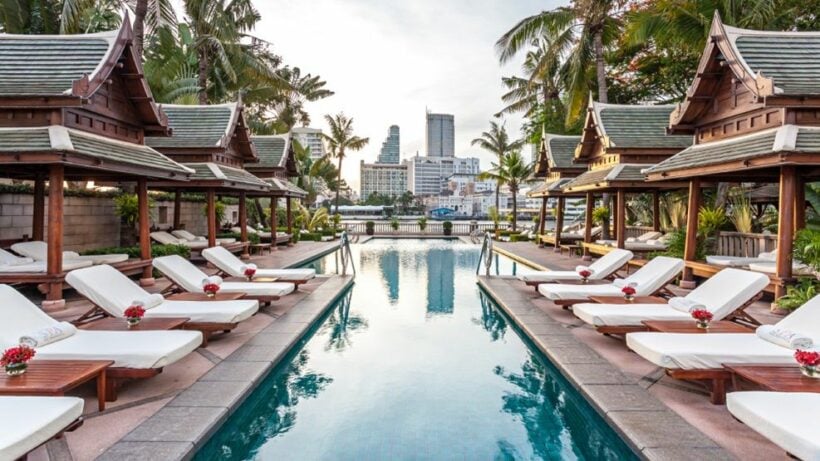 The Hongkong and Shanghai Hotels, which operates luxury brand The Peninsula Hotels, says it will “vigorously defend its rights” to manage The Peninsula Bangkok, following a legal win by the hotel’s Thai shareholder that paves the way for the management agreement to be terminated.

And so the open wounds of a business saga are now on full display between a international hotel management company and the local Thai owners. This time it’s involving one of Bangkok’s best known luxury hotels.

Peninsula Hotel, the iconic 370 room Chao Phraya riverside hotel, is 50% owned by the Phataraprasit family and the other half by The Hongkong and Shanghai Hotels’ subsidiary in Bangkok.

The Peninsula Bangkok is a 5-star hotel in Bangkok, Thailand. The hotel opened in 1998, counting 37 floors and 367 rooms.

Skift.com reports that the Thai shareholder went to court after it failed to end the agreement in the boardroom on January 26, as it was blocked by the Hong Kong and Shanghai Hotels subsidiary, which has a voting majority in the board. But on September 10, the local Thonburi Civil Court ruled that the subsidiary should not have been allowed to vote on a resolution regarding the termination of the agreement.

The legal case between a Thai owner and hotel chain managers over non-performance, isn’t the first. Minor International is suing Marriott International is sueing the Marriott Group for a “highly disappointing” performance of the JW Marriott Phuket Resort & Spa in Mai Khoa. Minor fully owns the luxury beachside hotel and and Marriott manages. The lawsuit was filed on July 12. The case is ongoing.

In a statement issued on October 11, The Hongkong and Shanghai Hotels said it strongly objected to this verdict and had duly appealed to the Court of Appeal on October 9.

“Any termination of Peninsula’s management would be tantamount to a breach of the shareholders agreement between Hongkong and Shanghai Hotels and the Phataraprasit shareholders, as well as the Peninsula’s management agreement. Hongkong and Shanghai Hotels will vigorously defend its rights. Pending the outcome of the appeal and other legal processes which are ongoing, The Peninsula Bangkok continues to be operated by The Peninsula under the hotel management agreement which continues to be legally binding.”

Some background, the Thai Phataraprasit family, who also have interests in The Mall Group (that manages the Siam Paragon and Emporium shopping centres in Bangkok), alleges that The Hongkong and Shanghai Hotels had not run the hotel profitably in the last 20 years.

In an article in the Bangkok-based Travel Impact Newswire, Pradit Phataraprasit, head of the Thai family’s investments, had strong words.

“In the last 20 years, there has not been a single year in which the Peninsula hotel group’s management company has run the hotel profitably for its shareholders.”

“The Peninsula sits on one of the most expensive riverside land plots in this city but, very curiously, it cannot yield a dividend for its shareholders. We have been very patient with the management company belonging to our partners from Hong Kong. However, the time has come for another management company to run this hotel.”

For their part the COO of Hong Kong and Shanghai Hotels, Peter Borer, says the group had always operated “with integrity” regarding the operation of the hotel.

“Over the past decade, the hotel’s financial performance has been affected by political uncertainties and a challenging luxury hotel market in Bangkok, but as a group with a long-term investment philosophy, we have always remained committed to Thailand.

Commenting on the ongoing legal fracas….

“The daily operations of the hotel are not currently affected pending the final outcome of the legal actions.”

The company’s Q1&2 results shows the hotel had a drop of 5% in revenue compared with January to June last year. The average room rate rose 8%, but the occupancy rate dipped 6%.”

Reporting on the results so dar this year….

“The Peninsula Bangkok reported a relatively soft start to the year, impacted by a slower economy and uncertainty over the country’s first elections since 2014. Our hotel was also negatively affected by extensive roadworks adjacent to our property which impacted our food and beverage and catering business.”

Again, the Phuket boat tragedy, killing 47 Chinese tourists in July 2018, was presented as a key reason for current woes.

Two years ago Pradit Phataraprasit was named as being involved in the Dhammakaya Temple scandal.

“Prominent Businessman Pradit Phataraprasit has denied any involvement in alleged embezzlement or the scandal-hit Dhammakaya Temple after records show he bought a land plot from a suspected money launderer.” 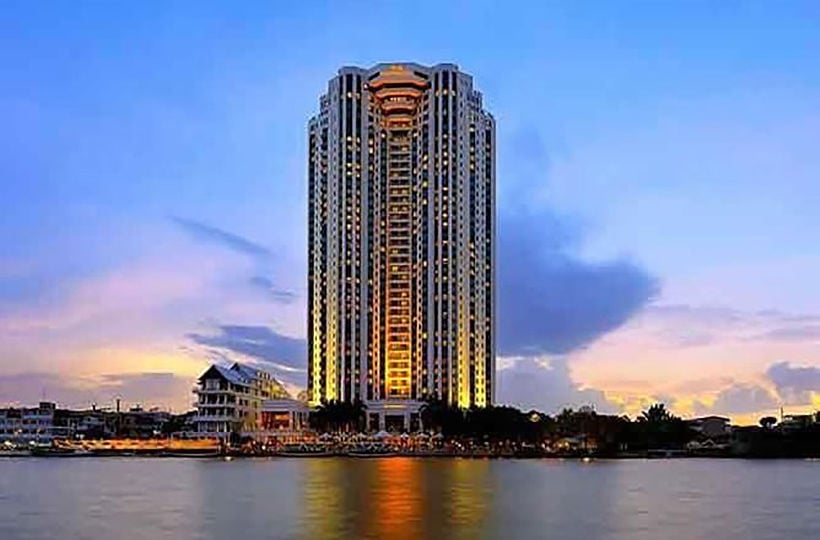