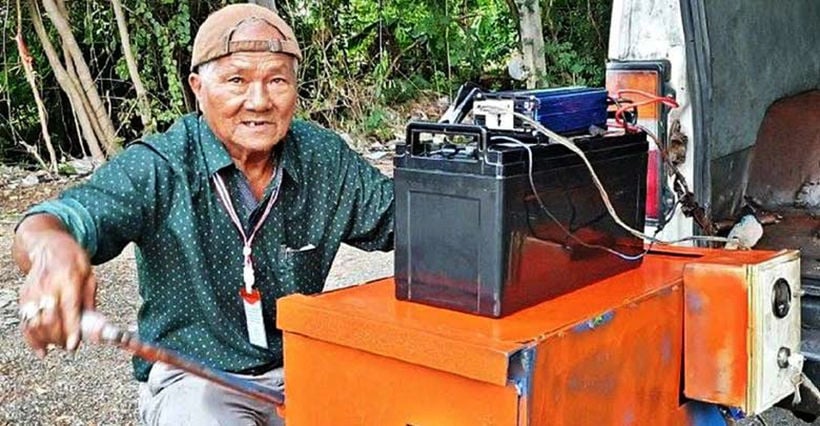 A retired electrical engineer and professor at the Lat Krabang Institute of Technology is slamming the invention of a ‘power generator’ by a Thai pensioner as nonsense.

75 year old Cheun Fanmeik, who used to work at the Electricity Generating Authority of Thailand, claims he could get thousands of watts of power without traditional fuels. While he wouldn’t give away specific details about his generator, he told reporters he didn’t need oil, gas or coal to run the contraption – the generator uses a gear system which needs to be wound up by hand for about 15 minutes.

Chon Buri based Mr Fanmeik has ‘copyrighted’ the device and already received a patent from Thailand’s Ministry of Commerce. He claims he was able to power his house for 6- 8 hours without using any fuel, just the stored up power from winding up his ‘generator’.

But Professor Dusit Suksawat at the Lat Krabang Institute of Technology says the physics just doesn’t add up and is “all a fake claim”.

“If the guy said he was able to produce 20 watts of power (instead of ‘thousands’) I would be prepared to believe him.”

He called on the inventor to present his machine and data for scientific analysis, according to Workpoint News.

Cheun said he had been working on the machine for more than a decade but many people commenting online ridiculed the claims.