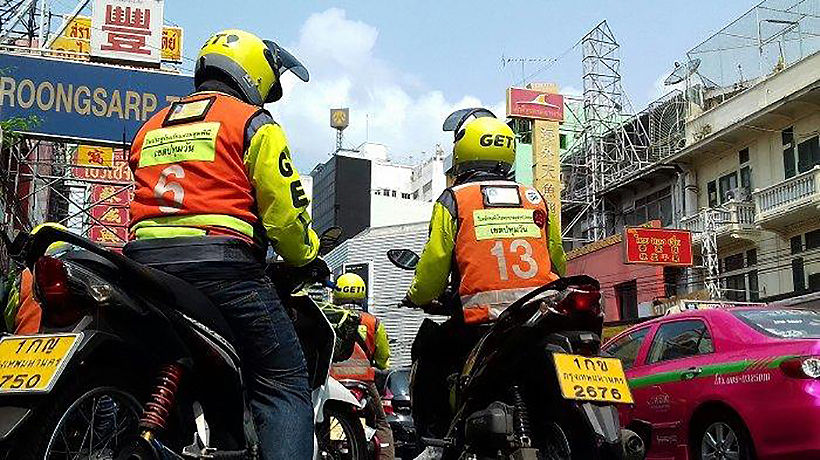 “Like hotel bookings, travel, airline booking, news, banking and music, the food delivery business is starting to transform the restaurant business too.”

Food delivery apps Get, Grab and Food Panda are locked locked in delivery war. But instead of flak jackets and guns, they’re wearing branded vests and carrying hot pizza on motorbikes. The pink Food Panda motorbikes plying the streets, just about everywhere in Thailand, are ubiquitous these days.

The two startups Get and Grab are both claiming strong growth with deliveries, especially around Bangkok. But all this might change after ride-hailing services may receive full government approval with plans to legalise the service early in 2020. Food Panda have been less forthcoming with their current successes in Thailand.

Both claim to be taking advantage of the “lazy economy”. The growing popularity of the food delivery services is also seeing changes in the restaurant industry where special kitchens are now being opened servicing the ‘online’ app market only. Like hotel bookings, travel, airline booking and news, the food delivery business is starting to transform the restaurant business too.

The delivery services are starting to impact traditional restaurants where people are enjoying the convenience of eating at home and not having to battle with the traffic, especially around Bangkok.

Tarin Thaniyavarn, the head of Grab Thailand says that this is an exciting year for Grab in Thailand.

“In the past 10 months we achieved over 120 million bookings across all services.”

“It is the largest, fastest and Number one food delivery platform in Thailand.”

GrabFood claims to have registered 4 million transactions or bookings in the first four months of 2019, compared with 3 million throughout last year.

Kantar, a market research unit, says that, in the third quarter of this year, 54% of 599 consumers surveyed said GrabFood is often used for their food delivery. 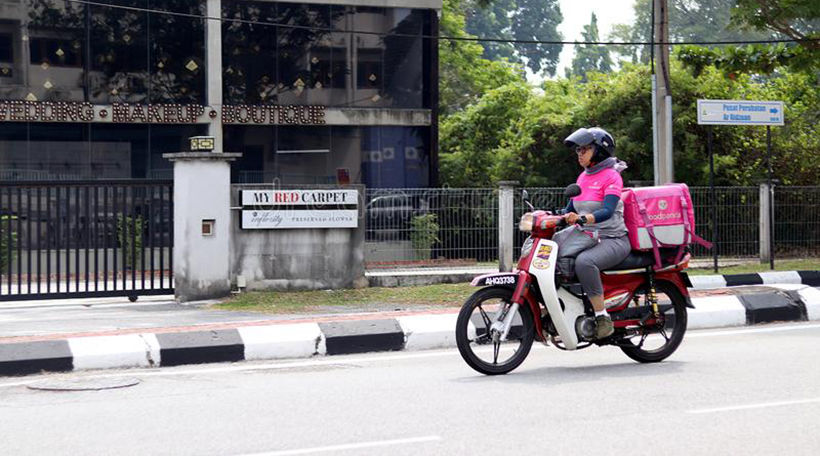 Meanwhile, Get Thailand, the Thai arm of Indonesia’s ‘Go-Jek’ ride-hailing app, says they’ve added 10 million trips in Bangkok for all services since launching in February.

Wongtippa Wisetkasem, Get’s director of platform operation, says the major contributor of the growth is Get Food service as it uses artificial intelligence to provide menus that suit each customer.

Both say the food delivery services are just a part of their apps. Both also provide rides and delivery of just about anything. The two companies are in competition with the traditional ‘win’ motorbike services that have rules the roads (and sidewalks) of Thailand for decades.

Grab says they provide ride-hailing service in 20 cities of 18 provinces and aims to expand more in second-tier cities that focus on tourism.

Both admit that they have not made profits as yet but are hoping that their business models will show a profit next year. 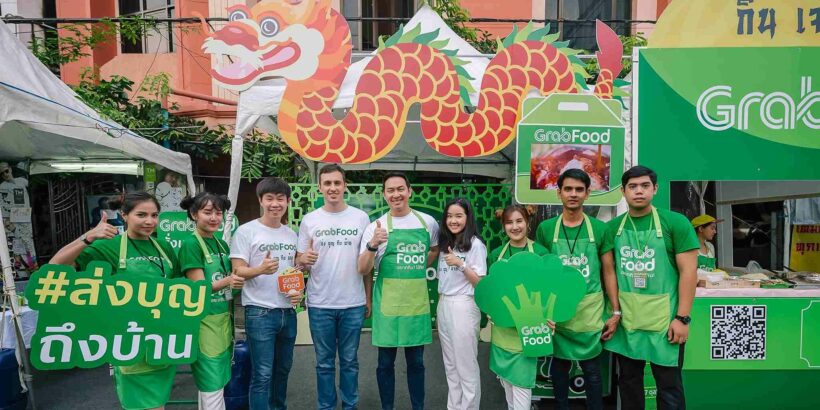