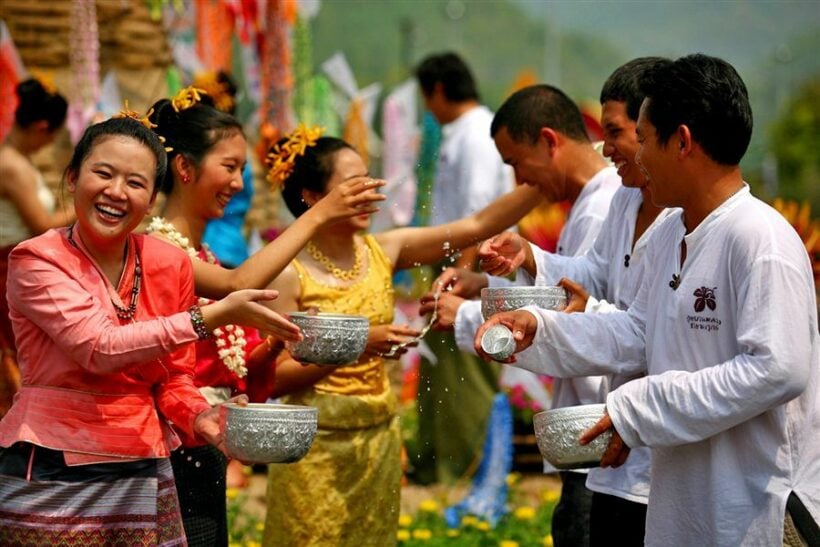 The Thai government has declared July 27 the first of, what will probably be, substitute Songkran holidays. This year’s Songkran holiday was postponed as the April 13 Thai New Year holiday, and the days around it, were right in the middle of Thailand’s outbreak of Covid-19 and subsequent ‘lockdowns’.

Songkran celebrates the start of Thailand’s wet season. The first replacement holiday falls right in the middle of the country’s wet season.

Narumon Pinyosinwat, speaking for the Thai government, says the decision was made today. But despite the ‘substitution’ date being announced, – it falls on a Monday, making it a long weekend – there was no talk of water fights and the usual celebrations associated with the annual Songkran. With the emergency decree also extended until the end of July (it was officially sanctioned today), there will likely be a ban in place at the time on “large gatherings”. There is no mention of how the remaining 2 days of the postponed Songkran break will be distributed at this stage.

There is also another public holiday on July 28, which is His Majesty the King’s birthday, so the long weekend will now become an EXTRA long weekend. Traditionally Songkran sees an exodus from the main cities as Thais head home for the annual holiday. The four day long weekend (and you can be assured that many Thais will also take off the Friday before as well), will give Thailand an extended break to celebrate the Thai New Year.