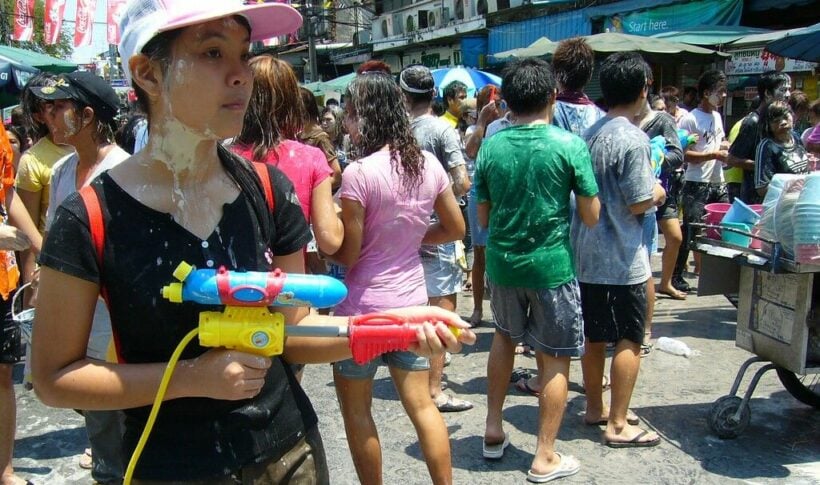 Business operators on Bangkok’s Khao San Road have been told they should forget about holding water-splashing events this Songkran. So says Public Health Minister, Anutin Charnvirakul, ahead of a meeting of Bangkok’s communicable disease control committee today. This looks set to be the third Songkran in a row during which water splashing is banned, with the government ever-wary of triggering another Covid wave.

The capital’s communicable disease control committee meets later today to decide if businesses will be given the go-ahead to hold water-splashing events during the Thai New Year holiday. The CCSA previously banned such activities, but operators on Khao San Road, along with businesses in Chiang Mai, Pattaya, and Phuket, have submitted a joint petition urging officials to reconsider.

According to a Bangkok Post report, Sa-nga Ruangwatthanakul from the Association of Business Operators on Khao San Road, says people celebrating Songkran in the capital are likely to spend between 50 and 80 million baht during the 4-day holiday if water-splashing events are given the green light. However, Anutin insists such activities are still too risky, calling on businesses to be patient.

“This year, other social activities aren’t prohibited, so please be patient for another year. We are preparing to classify Covid-19 as an endemic disease, so we need to have the cooperation of all stakeholders.”

Suthat Chottanapund from the Institute of Urban Disease Control and Prevention agrees. Suthat, who is also a member of Bangkok’s communicable disease control committee, says water splashing is unlikely to be allowed and that group gatherings are still not recommended.

“However, the committee is likely to announce the easing of more restrictions, including alcohol consumption in SHA Plus venues.”

Pompies
This odious little man, content in his being a billionaire earned from the sweated labour of thousands of ill paid workers, is once again taking the food out of the mouths of desperate businesspeople. Be patient he says. What is…

Put your water pistols away for Songkran 2022 | GMT