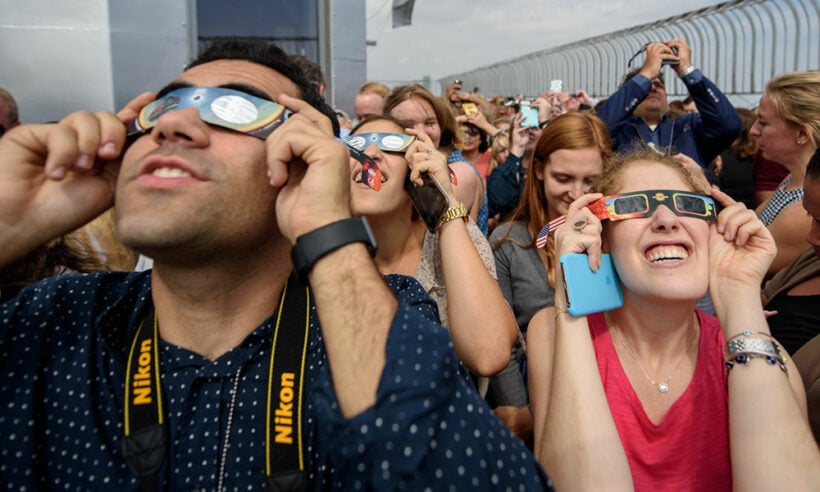 CAUTION: Looking at the sun directly and without proper equipment is dangerous and can cause blindness. Read more, along with some guidelines for viewing the solar eclipse, HERE.

How it will look in your area below…

The skies will darken across Thailand around midday today. The further south you are, the darker it will get as the moon moves over the face of the sun, casting a partial shadow on the earth. The midday sun will partly vanish and a shadow will pass over the Kingdom. The solar eclipse is a completely natural phenomenon. You will able to experience the relatively rare phenomenon anywhere in a band from India and across south east Asia today.

The National Astronomical Research Institute of Thailand is participating with 400 schools that are members of its astronomy network to watch today’s astronomical phenomenon. Selected locations are Princess Sirindhorn Astropark in Chiang Mai, the Chachoengsao Northeastern Regional Observatory, along with the Regional Observatory for the Public in Nakhon Ratchasima and in Songkhla. Students and astronomers are gathering from 9am this morning as the phenomenon begins and will peak just before midday today.

While Singapore, Sri Lanka, India and Indonesia will all enjoy a full solar eclipse, Thailand will experience a partial one, whereby the moon only partly obscures the sun. In Bangkok, the sun will be obscured by 56%, and by 40% in the Mae Sai district of Chiang Mai. But, Yala in the southernmost point of Thailand will witness the most impressive spectacle, with the moon set to eclipse 81% of the sun.

If it’s a cloudy day you won’t be able to witness the moon’s shadow over the front of the sun but you will still notice that everything goes darker.

Here’s a tried and fool-proof way to watch today’s solar eclipse. Try THIS. 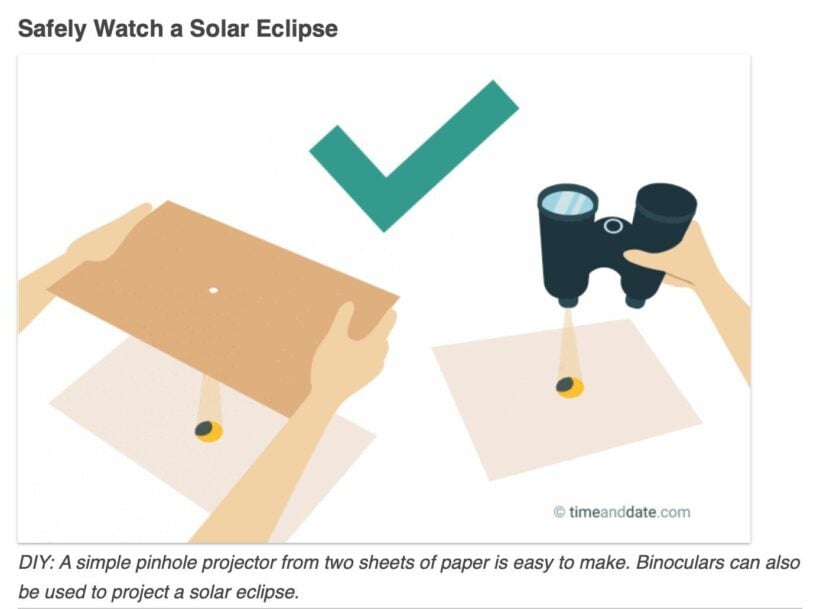 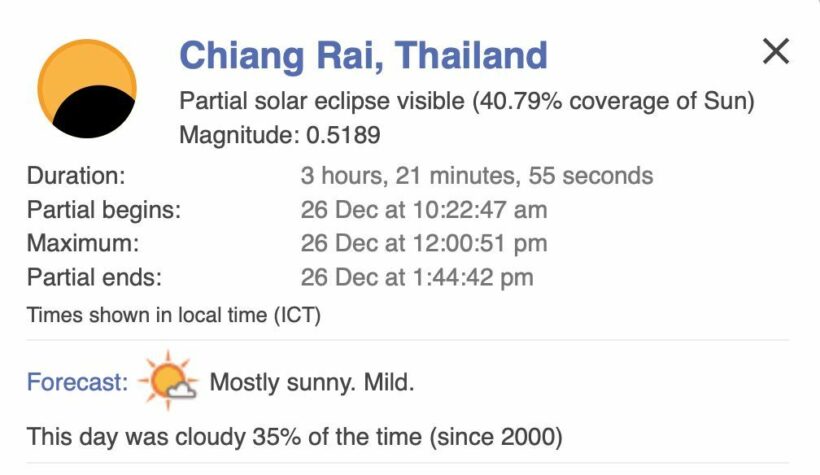 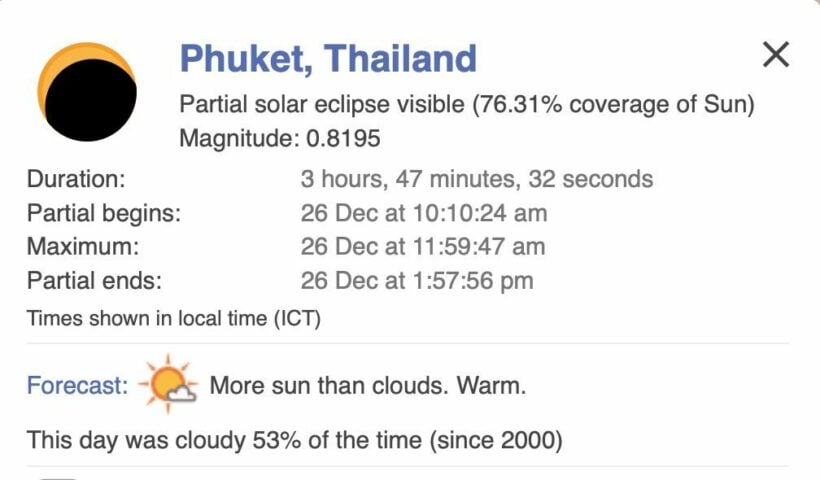 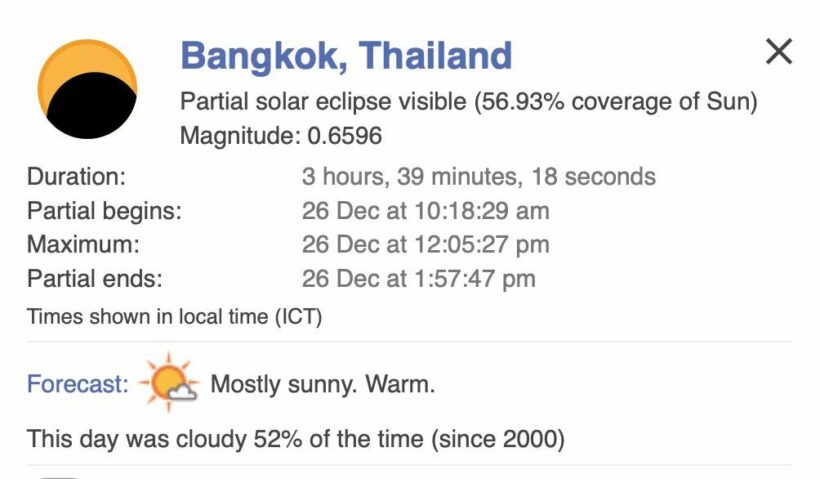 And in the far south of Thailand….

FACT: A solar eclipse always occurs about two weeks before or after a lunar eclipse. Usually, there are two eclipses in a row, but other times, there are three during the same eclipse season. 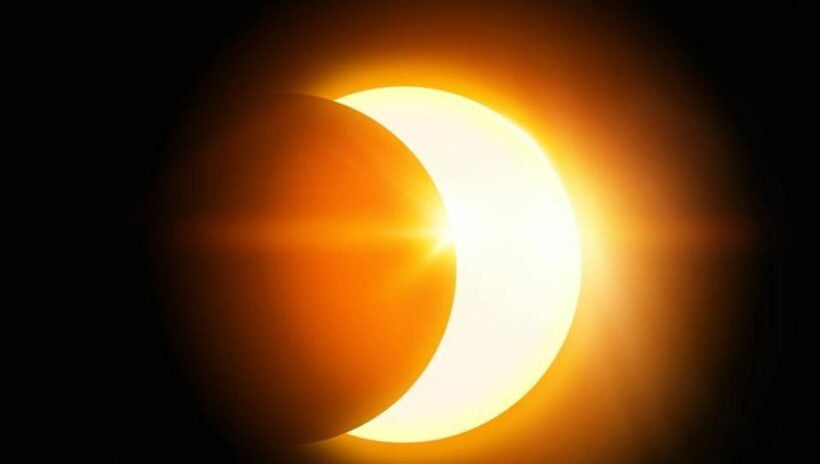