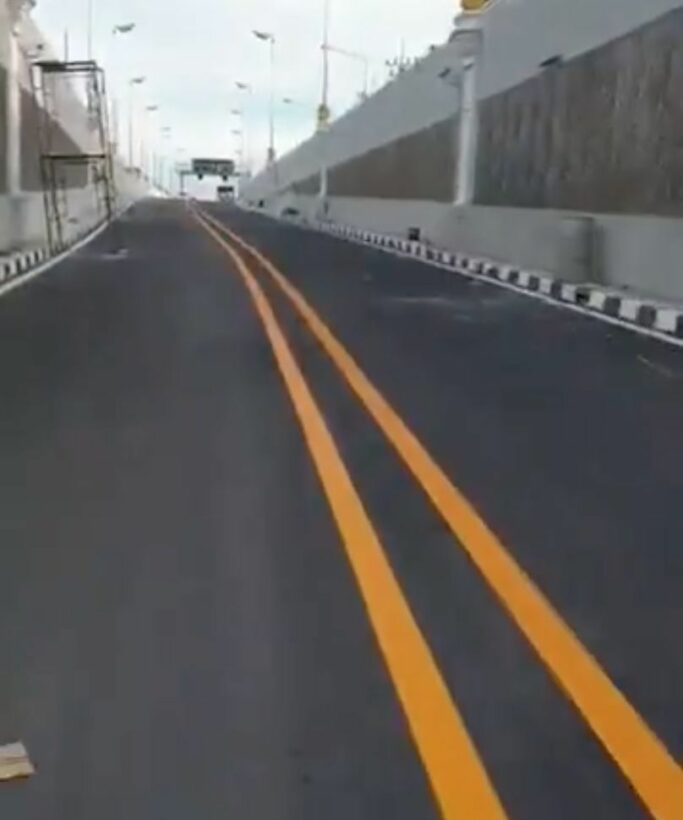 But it’s not Friday yet and there have been plenty of other delays. Chalong Circle’s 350 metre underpass should be open on Friday according to local highway officials.

The roadworks have profoundly changed business and movement of locals in the southern part of the island for nearly four years. Many businesses were forced to move, others went broke, some residents had to move. Getting through the mess has certainly changed the way people moved around and through Chalong and Rawai.

Electrical systems are now being tested and are the final part of the underpass’s systems to check before the all-clear is given to open to long-awaited two-lane road.

But it will take months, if not years, for the local community to recover from the redirections, delays, blocked traffic and extended journeys that could take hours to get through the construction mess.

The underpass will open on Friday, one lane in each direction. The two 3.5 metre lanes will be divided by orange plastic poles. The Highways Department is assuring drivers that the lanes will be wide enough for large trucks and buses.

The underpass is the longest of the four already constructed around the island. At 350 metres in length, curved along the way, it is longer than the Darasamuth, Samkong, Airport or Bang Khun underpasses.

The new clock tower sitting on the original ‘Chalong Circle’, called the Golden Lotus Tower, cost 3 million baht and is also set to be ready by the opening date. As of 5pm on Wednesday afternoon the clocks had stopped on the new tower – perhaps part of the electrical works underway. Or perhaps not. 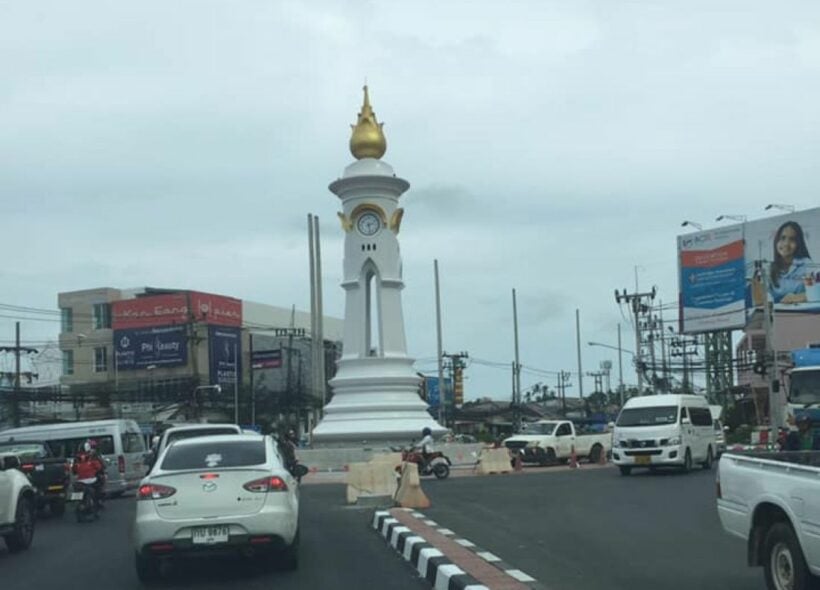 A photo, mid construction, of the mess that will now be called Chalong Underpass – Phuket 9