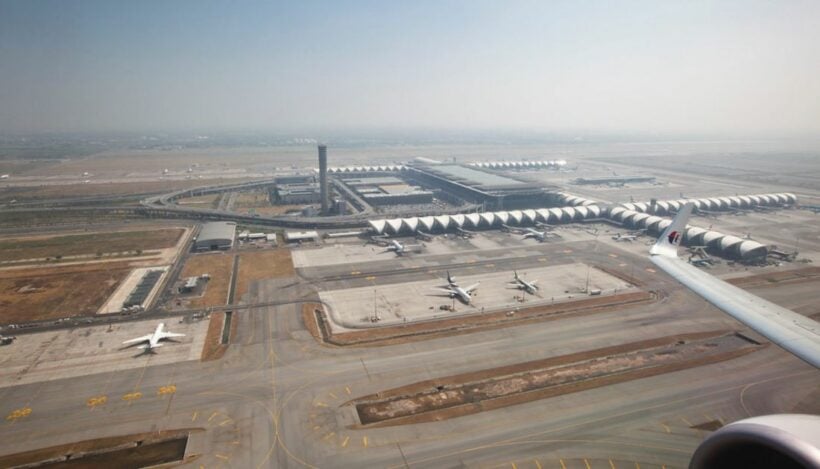 The contracts for the construction of Suvarnabhumi Airport’s third runway are ready to be signed. But it isn’t likely to happen until later this year according to Airports of Thailand (AoT).

The AoT president Nitinai Sirismatthakarn says the new 21.7 billion baht third runway, which is included in the airport’s second-phase development plan, was already approved by the cabinet.

“It could take up to six months to get the bidding process started and select the winner. The winner is expected to sign the contracts either by late this year, or early next year,” he told the Bangkok Post.

The AoT is in the process of drafting the terms of reference for the runway construction’s bidding process and that they’re likely to be forwarded to the AoT’s board for consideration by June or July this year.

The AoT is currently working on the project’s environmental and health impact assessment. Nitinai says the results from the reports will be sent to the National Environmental Board for approval.

“The process can be done in parallel with the bidding. I am confident the report will be approved.”