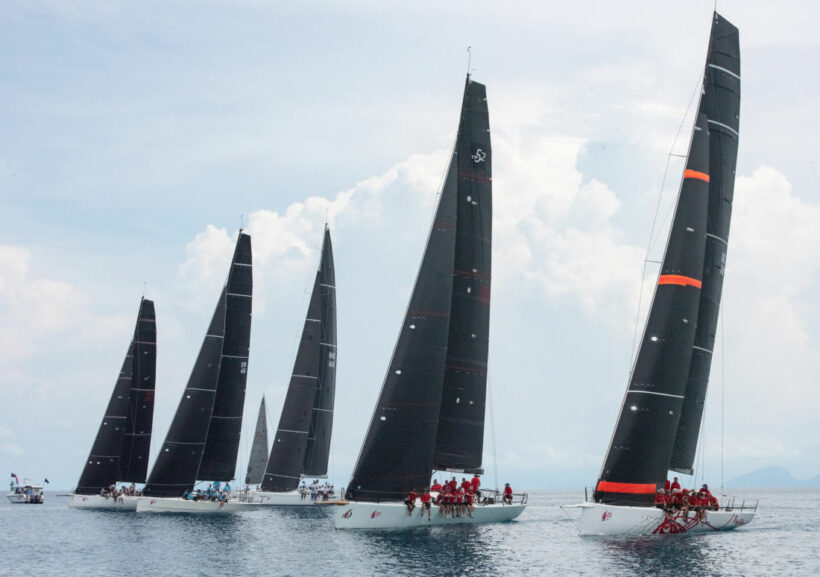 Back racing! After a brief delay with the AP raised onshore, at 09:05 it was lowered and the sailors headed out to the startline where breeze awaited on the Nora Buri & Nora Beach Race Day. Looking to get as many races on the scorecard as possible and make up for yesterday’s wind no-show, Ross Chisholm and team got three races in for all classes and there was plenty of action across the fleet.

An ‘Over The Start Line’ for Jelik (HKG) in IRC Zero’s first race saw them forced to re-start at the back of the fleet. While they managed to claw back one place on-the-water it wasn’t enough and they corrected out in sixth.

WindSikher (SIN) meanwhile were chasing THA72 hard and despite keeping in touch with the TP52 for most of the race they had to settle for third, just five seconds behind on corrected time. Team Hollywood (AUS) took out the win and after a slow start to their series were now finding their rhythm.

In the second race of the day, the class was thrown open. The rapidly improving Team Hollywood were caught in an incident with WindSikher near the Windward mark. WindSikher took out Team Hollywood’s port stanchions and were spun into their side adding a hole to Team Hollywood. WindSikher lost their bowsprit in the process and both boats retired from the race and headed back to shore to assess the damage.

The course was left open for THA72 to sail through to their first win of the series, and winning the final race of the day also, they now sit top of the standings at the midway point. WindSikher admitted fault and Team Hollywood were awarded redress of average points through Friday for those races they don’t sail while repairs are attempted.

Meanwhile, Jelik was on a roll and corrected out on equal time with THA72 in the final race of the day. Zannekin were just 13 seconds behind with Freefire further back.

Mandrake III appear unstoppable in IRC 1 adding three more wins today and now sit on five wins from five races in the series. The competition for second and third, however, is hotting up with today’s tricky conditions throwing up some changes. Podium places were shared between Fujin (AUS), Tenacious (AUS) and Over Here (THA), each performing well, and they now sit in that order in the current overall standings. 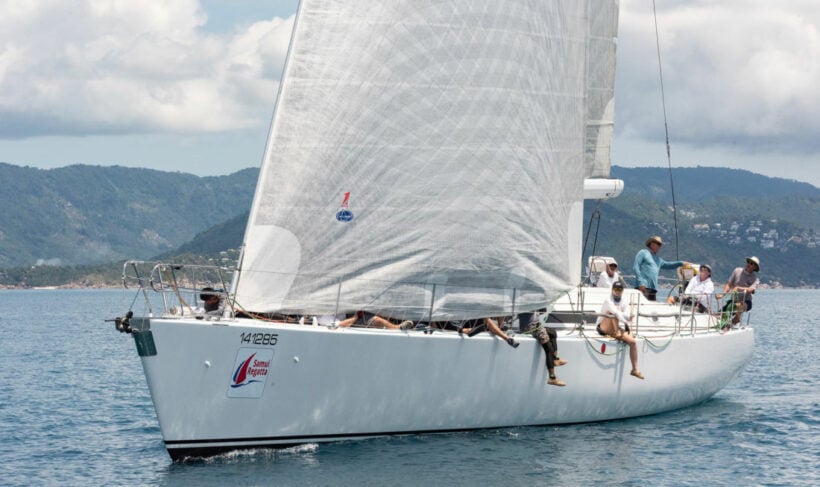 Bella Uno (MAS) is performing best in the light airs and with three wins from three races today, they now sit comfortably at the top of the IRC Premier Monohull Division standings. Having placed second in the first two races of the day, Lawana (THA) had to settle for third in the final race behind Moonblue 2 (HKG) and sit just one point behind in the overall standings.

Scoring them on NHC performance handicap, Bella Uno still leads while Moonblue 2 and Lawana are tied in the series. DNS’ in the final two races today for 60-foot trimaran Scallywag Fuku Bld 60, see them sit three points further back. 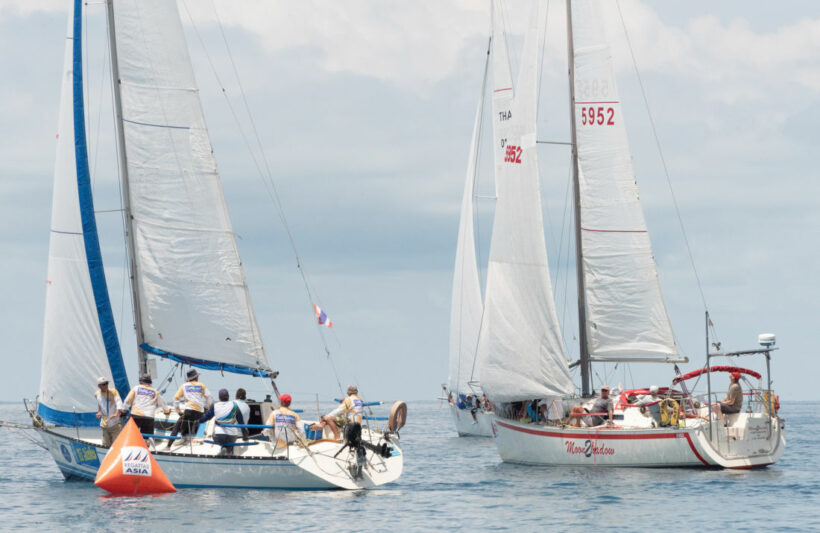 After a slow start to their IRC Cruising series, Graffiti (THA) turned things around today wining the first two races and moving up the scoreboard. While SailQuest Hi Jinks struggled for speed and placing third in all races, MoonShadow2 managed to salvage a win in the final race by just fourteen seconds, and with that are tied with Graffiti at the top.