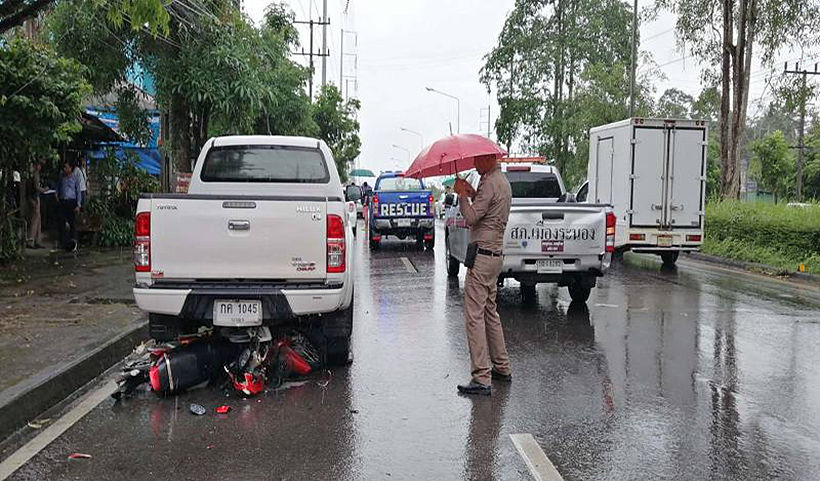 PHOTO: Motorcyclist skittled by pick-up and killed in Ranong this week – Daily News

Thai media report 12,304 people have been registered as dying at accident scenes in Thailand so far this year.

Academics caution that this figure only relates to those who die at the scene, and the actual death toll is far higher when when all all data is collated, and when victims succumb to their injuries after leaving the accident scene.

The total annual Thai death toll, over recent years, is between 21,000 – 24,000, making it one of the worst in the world (currently #5 in the world according to World Health Orginisation data).

On Monday this week 62 people died, bringing November’s toll to 144 on just the fourth day of the month.

The Daily News runs an ongoing campaign to raise awareness of the dangers of Thai roads. They report the death toll daily, along with accident reports.

The Daily News reported that a motorcyclist was recently killed outside a chicken rice shop in the southern province of Ranong, north of Phang Nga. The lane-changing motorcyclist was hit by a pickup driver who could not brake in time, and flung the victim into the back of another pickup.