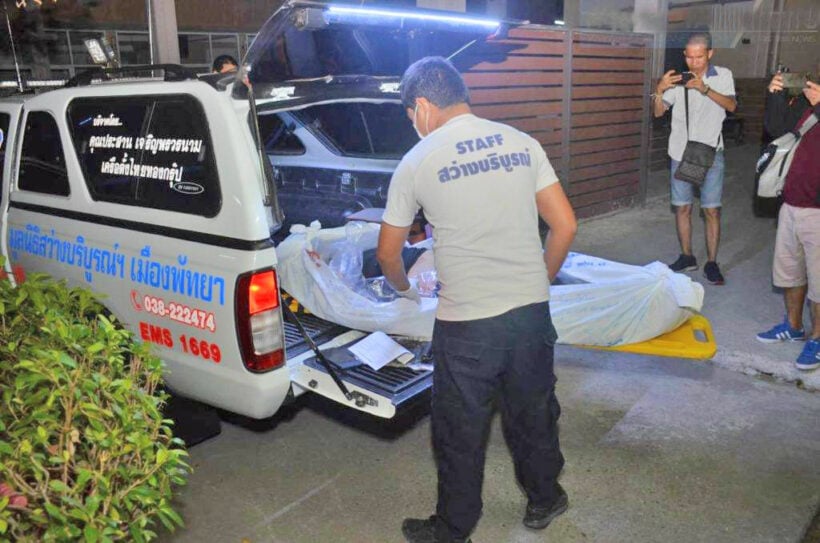 A 27 year-old Thai man has died after receiving a flurry of bullets from a gunman who had stopped the vehicle in which he was travelling. The man, Ampol Bunthong, a native of Phetchabun, was shot 10 times, according to police. The attack occured at about 8:20am this morning, at the Saraphi junction in Muang district.

Ampol was riding with 50 year old Rojana Cheewee, when they were targetted. A garland seller says she saw the gunman and described him as being tall, with a pale complexion. The eyewitness says he was wearing a motorcycle helmet when he attacked them with a 9mm pistol. He parked his motorcycle in front of the pickup truck at the intersection and tried to open the driver’s door, while arguing with Rojana.

Ampol had opened the passenger door and started running away after being shot, but the gunman was close behind, travelling against traffic. The witness says when he caught up to Ampol, he shot him repeatedly, leaving Ampol to fall to the ground, while the gunmen fled.

The witness said Rojana stated that she was friends with Ampol, who was a rice farmer in Phetchabun province. She also said they were on their way to get their 2nd Covid vaccine at Phahon Phonpayuhasena Hospital. Rojana fainted at the scene, with her clothes covered in blood stains.

Police say they have not questioned the woman at the time of this article’s publishing, nor have they identified the gunman at this time.

JackIsAGoodBoy
There is a clear trend of drug dealers arming themselves better and better. Similar to late 1970's Mexico or Colombia. "Narcos - Thailand" in progress. Sooner or later there will be a drug cartel or even worse, many cartels. Too…

Dedinbed
24 minutes ago, Bluesofa said: A 'flurry' of bullets? Surely 'hail' or a 'shower' of bullets? The only collective noun I could find for 'flurry' was yeti, if you could find more than one 'yet''for example. Is 'yeti' plural of…

mickkotlarski
14 minutes ago, JackIsAGoodBoy said: There is a clear trend of drug dealers arming themselves better and better. Similar to late 1970's Mexico or Colombia. "Narcos - Thailand" in progress. Sooner or later there will be a drug cartel or…
Grant
Sounds like a drug deal gone wrong! Covid Vaccines probably have nothing to do with this story!! But nice headline to get us all interested!
Grant
Anyone find it strange at last weeks posting that a 40 year old died after coming from Britain ? They were asking for money for his Hospital bills and repatriation? Don’t all tourists need full coverage Health or travel insurance…

Drug trafficking suspect’s escape foiled by pipe in the road