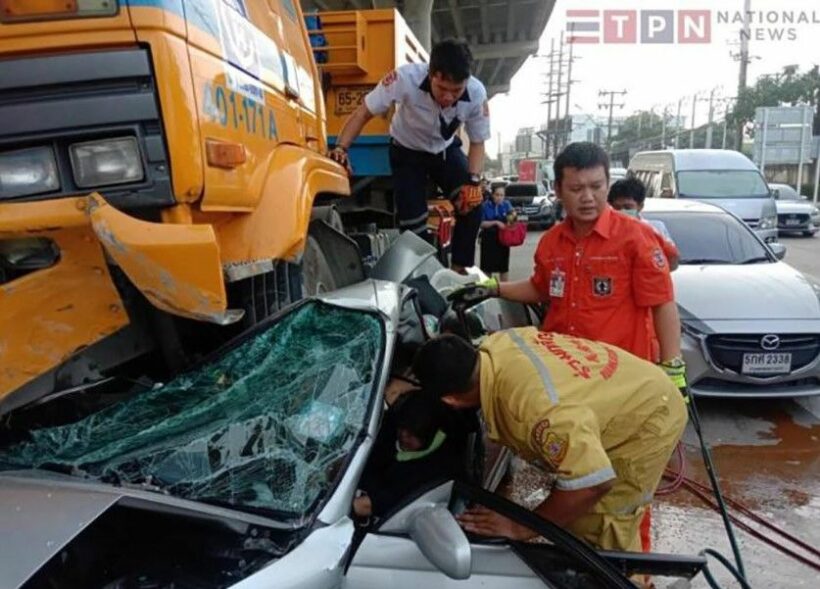 A man has died, and his parents have been injured, after a construction truck lost control and ploughed into their car, crushing the vehicle and killing the 27 year old driver instantly. The Pattaya News reports that the truck also hit 5 other vehicles in the incident, which occurred in the Minburi district of Bangkok.

The truck driver, named as 41 year old Piean Sricharoen, says he was having problems with the truck’s brake booster while travelling from the central province of Saraburi. While attempting to emergency park in the middle lane to check the booster, the truck began to lose its balance, crashing into surrounding vehicles. One witness confirms the account, saying the truck began to sway back and forth before crashing into the victim’s car, crushing the vehicle, and causing a 7 car pile-up.

Emergency workers arrived on the scene and rushed the dead man’s parents to a nearby hospital. The truck driver has been charged with reckless driving causing death and is in police custody.