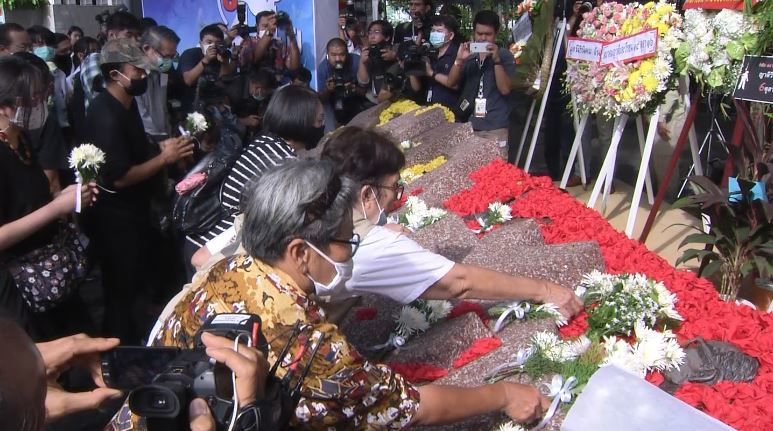 A small gathering was held yesterday on the grounds of Bangkok’s Thammasat University Tha Prachan Campus commemorating the 44th anniversary of the ‘Thammasat University Massacre’, the violent crackdown on students by right-wing militia and army in the morning of October 6, 1976.

Former student leaders, university alumni and opposition politicians came to pay their respects for the fallen and voice their hopes that another violent confrontation between soldiers and protesters should never re-occur.

The actual events that preceded the violence started a few weeks before when the tortured corpses of 2 electricity contractors, supportive of leftist politicians at the time, were found hanging on September 24, 1976, just north of Bangkok.

You also need to put the incident into the context of the mid-1970s and the events swirling around South East Asia. Next door the Americans had just lost the Vietnam War, Loas was over-run by a communist government, and the Khmer Rouge had taken advantage of the instability in Cambodia to impose a bloody, xenophobic and paranoid communist dystopia.

In Thailand the politics of the time was becoming more polarised with a right-wing, loyalist faction backed by the army, and a left-leaning socialist rump, with the student movement leading the way. The return of two highly divisive former tyrannic leaders of Thailand, who had been in exile for 3 years, at the same time, added more fuel for protests and political unrest.

The discovery of the 2 dead bodies sparked a new spate of protests, which culminated in the bloody crackdown by police, army and a right-wing militia at the Thammasat University campus and adjacent Sanam Luang on the morning of October 6, 1976.

The official death toll was 45 and 145 people were injured, but unofficial accounts claim that more than 100 were killed.

Right next to the main gate where yesterday’s commemorations were held, a temporary ‘pop up’ museum uses a range of media to describe the lead up to the massacre, the carnage of that bloody morning, along with vivid images and sounds of the day’s fateful events. 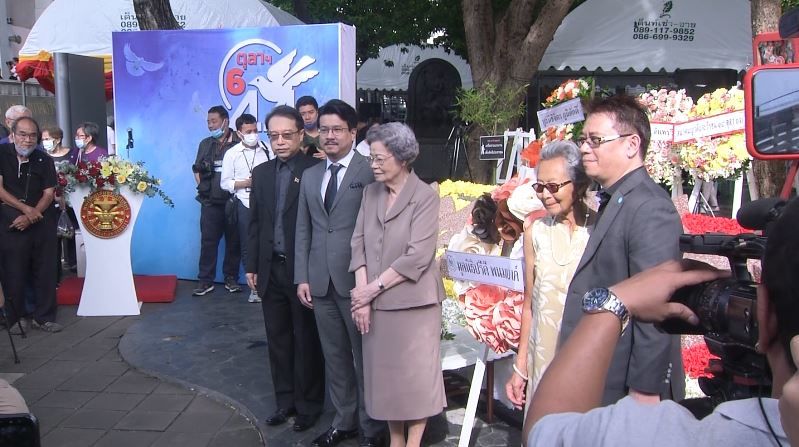 Find out more about the events from that fateful morning, 44 years ago…