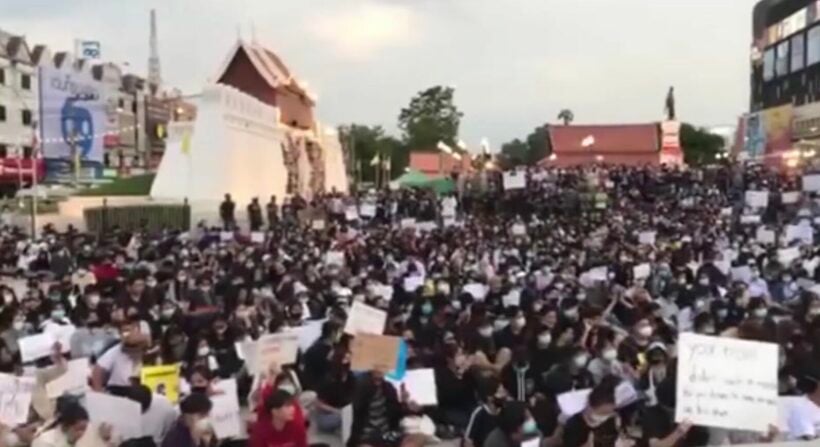 A group of pro-democracy protest leaders are being denied bail again for the 5th time by Thailand’s Criminal Court. The 4 leaders, known by their nicknames, as Penguin, Rung, Pai Dao Din, and Toto, were joined in court by attorneys and professors from Bangkok’s Mahidol and Thammasat University to request bail on the grounds that the leaders were still students in their last year at university. The human rights attorney, Kritsadang Nutcharat, made his case in court by saying the students needed to be released in order to sit their final exams.

He says, so far, they have pooled bonds of up to 500,000 baht for each leader’s bail to assure the court that the accused will not flee or cause any other harm. The leaders who are members of the Ratsadon group, were arrested over allegedly breaking Thailand’s lèse majesté law, which prohibits defaming the Royal family. The charges stem from the protests which took place in front of Thammasat University and Sanam Luang on September 19 and 20 of last year.

Kritsadang also complained over the fact that one of the protesters was transferred to an area in the prison that houses inmates who were already convicted of crimes. He says the protest leader should be still considered innocent.

Despite the widespread criticism of the protest leaders being jailed, the deputy commissioner of the Metropolitan Police Bureau, went on to reiterate a warning to such protesters after today’s planned rally at the Government House.

Police say they are filming today’s protests to help them gather evidence for future prosecutions in case the demonstrators break the law. The groups say they are staging an “ultimate” rally today, which is scheduled to start at 2pm at Bangkok’s Democracy Monument. The rally would then move towards the Government House where demonstrators plan to hold a “prolonged protest.”