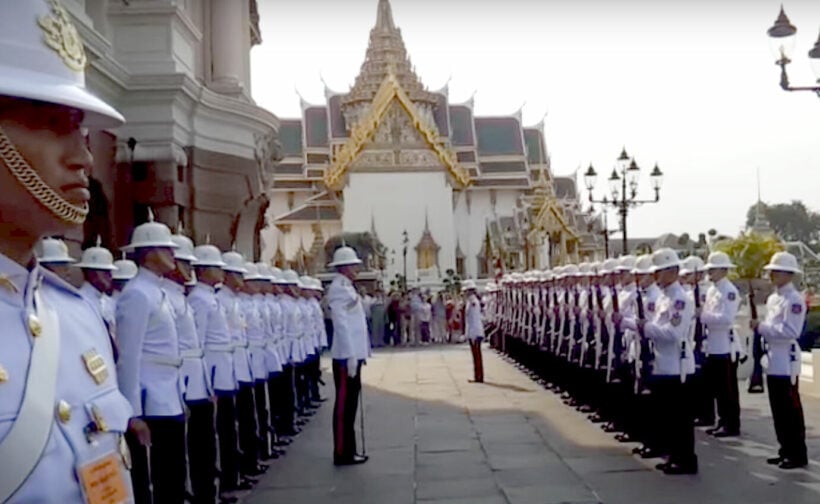 Pro-monarchy groups have requested military protection against a protest planned for Saturday, going so far as to claim protest organisers are weaponising Covid-19. The Centre of the People for the Protection of Monarchy submitted a petition today requesting military intervention from Army Chief General Narongpan Jittkaewtae in protecting the monarchy against protesters.

The Free Youth movement is planning a large protest for Saturday in which they intend to meet at the Democracy Monument and march from there to the Grand Palace, despite a recent Royal Gazette decree design to stop demonstrations. The former deputy director of the National Intelligence Agency questioned the significance of the march’s date falling on the 56th anniversary of the first armed rebellion against Thailand by the banned Communist Party.

The leader of Thai Pakdee, a party in favour of the monarchy, took to Facebook today to essentially accuse the protesters of biological warfare. In his post, he shared his suspicion that the protesters intend to used the gathering to intentionally spread what he called the “biological weapon” of Covid-19. He believes they plan to create an outbreak that they will blame on the government and monarchy to highlight their failures in handling the Covid-19 pandemic.

The leaders of both groups want the military and other security agents to be proactive in protecting the monarchy in preparation for Saturday’s protest. They say the Grand Palace is a sacred site, as the home of both the official residents of the King and of the Temple of the Emerald Buddha. Supporters say these sites are held in high esteem by the people of Thailand and protesters must not be allowed to desecrate the palace.

But amid this heightened rhetoric, Thai Pakdee asks supporters of the monarchy to refrain from counter-protests and avoid exacerbating the situation. The leader cryptically urged people to wait until the right moment.

” [Wait until] the situation is right and, at that moment, everything will change and it will not end the way it was.”

Stardust
10 hours ago, King Cotton said: I share your sentiment here, Stardust, albeit that Myanmar doesn't have a monarchy. Yes thats true

MrStretch
I got my greatest laugh from this particular idea " protesters intend to used the gathering to intentionally spread what he called the “biological weapon” of Covid-19. He believes they plan to create an outbreak that they will blame on the…
cmsally
People making such claims should be ready for a debate, because you can easily place the blame elsewhere by saying that the protesters only feel the need to gather because all the other avenues of discourse have been closed off.…
MTa449
Here's the thing many of the pro monarchy children are the ones out on the streets protesting for a democratic government not a " junta" establishment backed by the monarchy .  No available vaccines,a tanked economy through draconian lockdown methods,…
Bobfran
I didn't see this leader of the Thai Pakdee party coming out and saying anything when the government allowed songkran to go ahead and in doing so spread the covid all across Thailand... Blinkers are on again