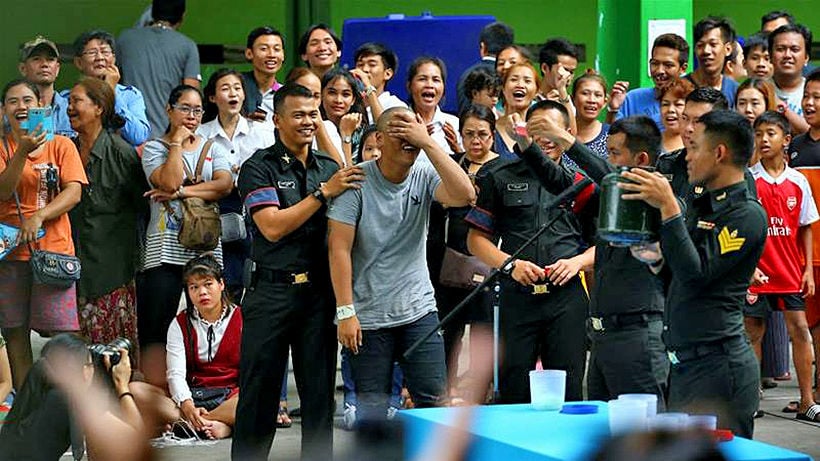 Thais say they still support the current conscription laws to fill up the ranks of the Thai army.

82% of respondents to a Super Poll say that there is no better alternative to conscription when ensuring “national security” and that assistance is available to Thai people in cases of a natural disaster or civil unrest. (Numbers rounded off to nearest 1%)

But 18% insist that there are better alternatives, such as voluntary enlisting or paying the state to avoid conscription.

Super Poll conducted the survey on the topic of “Politicians and Revocation of Conscription” by asking 3,084 people, in various occupations, across the country, plus another 1,250 face to face, between November 15-30.

Last month Deputy PM Prawit Wongsuwon said that it is unlikely Thailand would ever drop conscription. Read that story HERE.

No one mentioned support of the Thai army doing anything directly involved with the defence of the country.

61% of the respondents agree that conscription remains necessary for Thailand. 18% disagree.