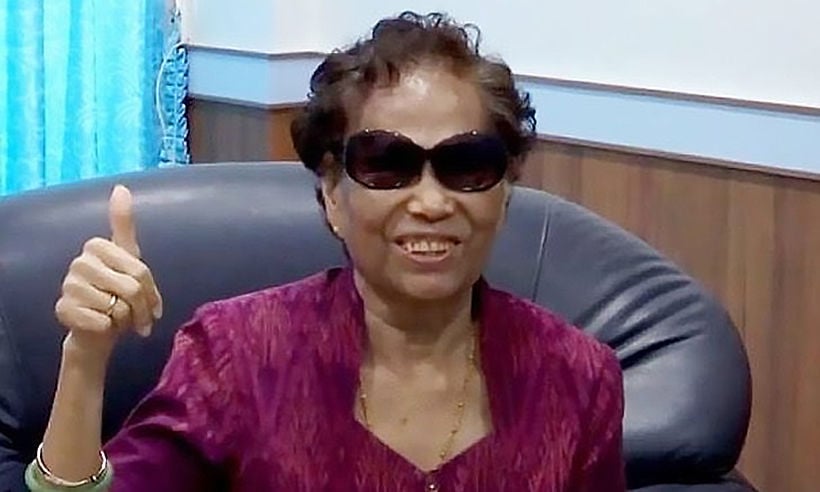 The first Thai to contract, and recover from, the Novel Coronavirus is giving the thumbs up and telling the public not to panic. 73 year old Jaimuay Sae-ing was interviewed on the Palang Pracharat party’s Facebook page yesterday.

Jaimuay fully recovered from the virus after nine days in Nakhon Pathom hospital, around 50 kilometres west of Bangkok, under the care of a large, specially selected medical team. She had been with younger relatives on holiday in the Chinese city of Wuhan, which is now under lockdown after it was found to be the origin of the outbreak. She was in China from December 25 until returning to Thailand on January 3.

She began to feel weak with aches and pains, and was admitted to a local hospital where it was confirmed she had contracted the new virus.

She said in the interview that she was cursing her luck, especially as she was the first case, but now she is fine.

“Don’t be worried about the Coronavirus. I was the first and I recovered, and importantly, I was treated by upcountry doctors”.

The Novel Coronavirus is understood to have an incubation period of 14 days. Doctors told reporters she had already been suffering from the virus for 12 days at the time she was admitted.

Her relatives were kept well away and could only connect with her via intercom and video link. It was felt that the expertise of the staff at the Nakhon Pathom hospital was sufficient and she didn’t need to be transferred to a bigger facility.

Cruise ships save the day in Koh Samui