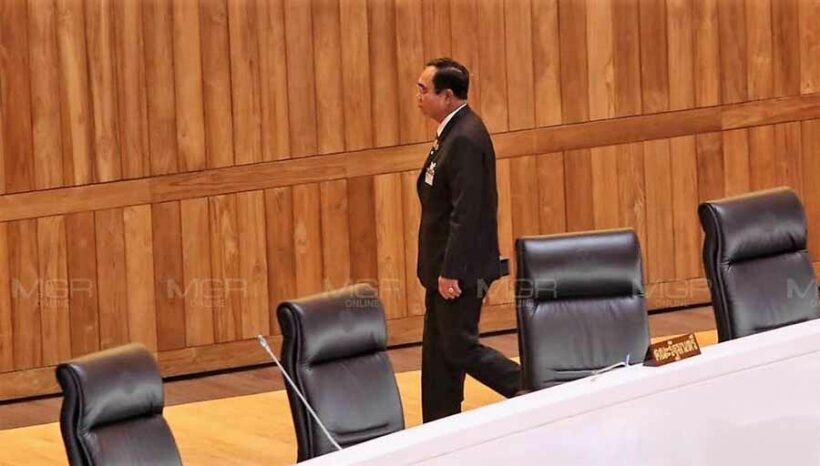 Thai PM Prayut Chan-o-cha has walked out of a parliamentary debate in an apparent huff that MPs were laughing instead of listening to him. Thai PBS World reports that the incident happened in parliament yesterday afternoon, while the PM was explaining the southern economic zone project as part of the censure debate. Accusing some of those present of not paying enough attention, he ended his speech abruptly and walked out.

“I think I will stop here because no one is listening, but laughing. That is enough, thank you.” 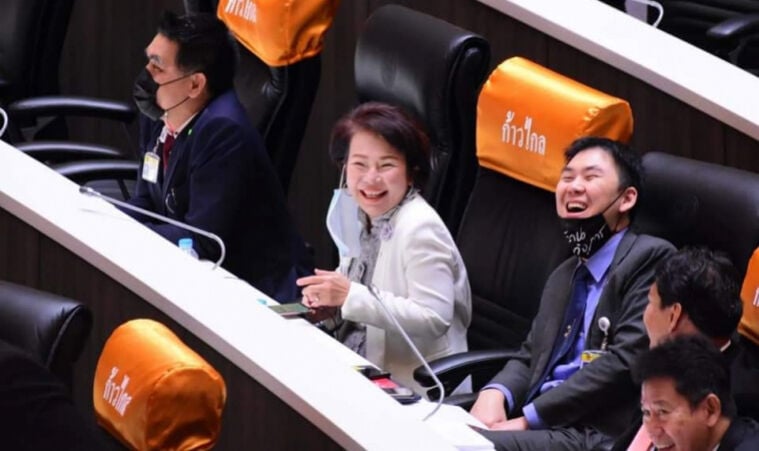 The PM entered the debate after an accusation from opposition MP Prasertpong Sornnuwat, from the Kao Klai Party, who accused the Deputy Interior Minister Nipon Boonyamanee of an abuse of power. Prasertpong has accused Nipon of displacing villagers in the southern province of Songkhla by forcing them to sell their land to make way for developments in the southern economic zone project. He says this was done to further Nipon’s own interests and those of his people.

Nipon claims the dispute over the land occurred before he took over responsibility for the project, insisting that Prasertpong’s accusation is groundless and that the project is designed to improve the quality of life of people in the area.

The PM then took to the floor to defend the project, pointing out that issues in the south of the country are complicated and saying the government is working to solve them and bring prosperity to the region. He has refuted the suggestion that no progress has been made on the project, insisting that it is in the preparatory stage and pointing out that infrastructure development must be ready before investors decide to put money into the region. However, it appears he grew frustrated that some were not listening to his explanation, accusing them of laughing at him, before walking out.