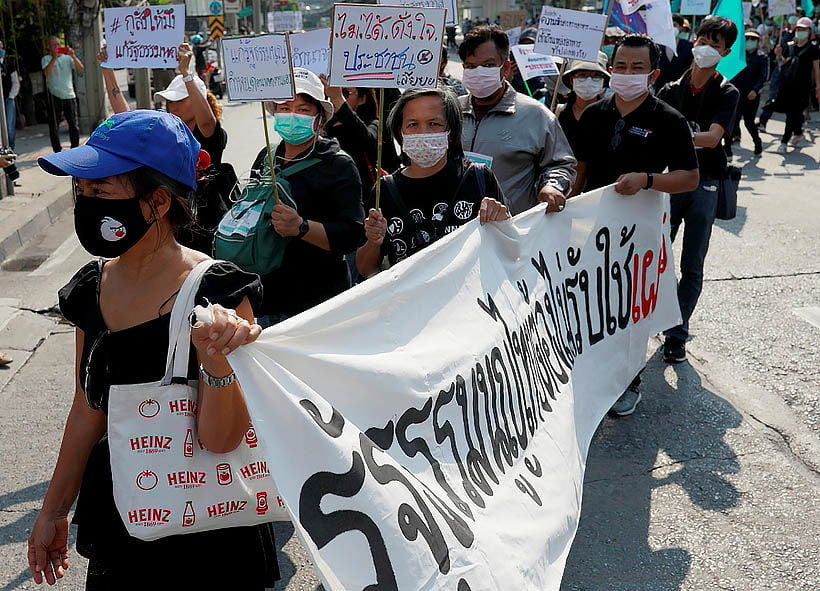 A police spokesman has said that political gatherings are still banned under the Emergency Decree until the latest extension becomes effective next month, apparently contradicting the National Security Council chief who recently said, “The decree will no longer ban gatherings. This shows that the emergency decree has sole, pure intentions of controlling the disease.”

Despite the government’s insistence that the Emergency Decree will no longer be used against public assemblies, deputy police spokesman Kissana Phathanacharoen says police will continue gathering evidence and pressing charges against those involved with anti-government protests until the end of this month.

“If the gathering takes place now until the end of July, it’s still considered illegal and violators could face 2 years in prison and a maximum fine of 40,000 baht. We need to wait until the decree extension is officially announced.”

The decree, which has been extended three times since it was enacted on March 26, was approved by the PM on Wednesday. NSC secretary-general Somsak Rungsita said the extension is unrelated to the ongoing protests, and the provision banning public assemblies will be removed.

Kissana also issued a stern warning to the protesters, saying that they must act within the boundary of the law.

“I’d like to pass the words to the parents of those youths who participate in the protests that they should warn their children to respect the law. If there’s wrongdoing, officials are required to take legal action against them. This can affect their future and criminal records will stay with them forever.”

Rallies are set to for Khon Kaen, Pathum Thani, Ayutthaya, and Rayong provinces today, with more are scheduled across the country until August.