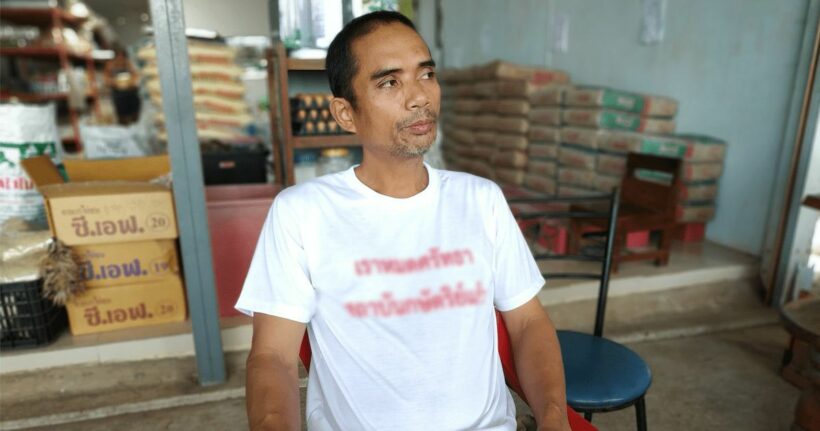 A man had decided to wear a shirt displaying text that says he lost faith in the Thai monarchy. Not surprisingly, he received a knock on his door from police officers. Thai Lawyers for Human Rights posted on their Facebook about the incident, saying the man was told not to wear the shirt again as it could cause “social chaos and unrest”.

“The visit with 10 or so officers was friendly. I understand their intentions that this would affect the relationships between people who love it (the monarchy) and people who lost their faith … I explained myself  fully to them, and they listened to me without threatening me.”

The shirt, white with red writing  in Thai characters, is now Withiton’s profile photo on Facebook. He wrote on his page about the incident. He said he just had one t-shirt made and does not plan on selling the shirt.

“Losing faith isn’t the same as wanting to overthrow the monarchy … It’s a feeling inside your heart similar to falling out of love or losing one’s trust … There is no way to force people who ‘lost faith’ to regain their faith using violence.”

Posted by ศูนย์ทนายความเพื่อสิทธิมนุษยชน on Sunday, June 21, 2020