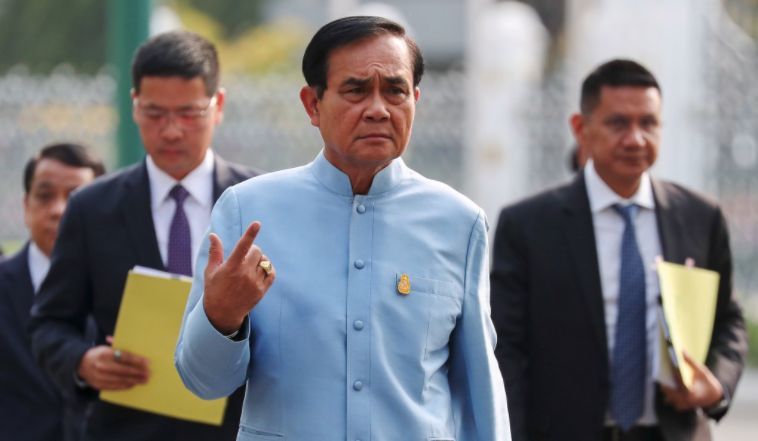 Move on, nothing to see here…

The Thai PM Prayut Chan-o-cha says there is no problem in the Palang Pracharat party which would warrant his intervention.

Asked yesterday by waiting reporters whether he will step in to address conflicts in the coalition alliance, caused by the Palang Pracharat’s ‘Sam Mitr’ faction’, the PM snapped back “What problem? No problem.”

Interior Minister Anupong Paochinda claims he is confident that the PM will be able to solve issues in the party adding that, when the cabinet lineup issue is settled, everyone will start “working for the country and for national interests”.

The Sam Mitr faction has again threatened to take their MPs out of the Palang Pracharat party and are demanding that the party sack party secretary-general Sontirat Sontijirawong, accusing him of being responsible for switching cabinet posts. Sam Mitr had laid claim to cabinet posts but later found that the same Cabinet portfolios had been offered to outside parties whose votes were essential to secure votes for the PM when Parliament sat at the start of June.

Meanwhile, later yesterday, Palang Pracharat party leader Uttama Savanayana and two co-leaders of the Sam Mitr faction, Suriya and Somsak Thepsuthin, appeared at a news conference at the party’s head office today to confirm that the conflict was over and that they agree to give PM Prayut Chan-o-cha full authority to decide on the cabinet lineup.

Mr. Uttama said that conflict had been just a difference of opinions in the party, which is part of the democratic process, adding that the Sam Mitr group just reflected the opinions of its members, and the matter had already been resolved.