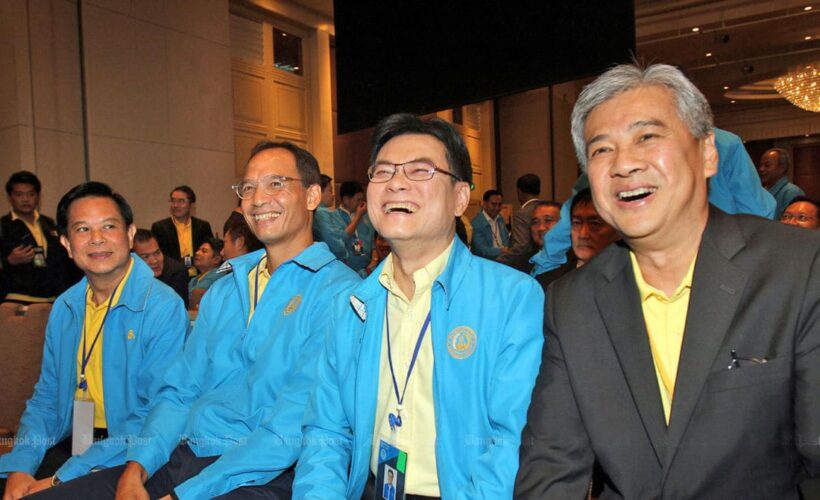 This time the party is split over the sharing of eight cabinet posts allocated to them by their leading coalition partner, Palang Pracharat. Last week the decided to side with the pro-Junta Palang Pracharat party to vote Prayut Chan-o-cha into the PM position. They’d campaigned on ensuring that Prayut wouldn’t return as Thailand’s PM. The party is currently riven with torn loyalties and differing opinions in the wake of a disastrous showing at the March 24 poll.

Democrats will meet today from 2pm to discuss who, among the party members, are qualified for the eight posts.

Former candidates are reported to have submitted a letter to the new party leader Jurin Laksanavisit proposing a new selection process for the would-be ministers. According to a source, part of the letter said, “…selection process must take into account the issue of seniority, fairness, priority for constituency MPs, competency and experience in the administration of the ministries concerned and gender equality.”

Party secretary-general Chalermchai Sri-on, who played key role in negotiations with Palang Pracharat over cabinet seats, has been tipped to be the new agriculture minister in the Thai cabinet.