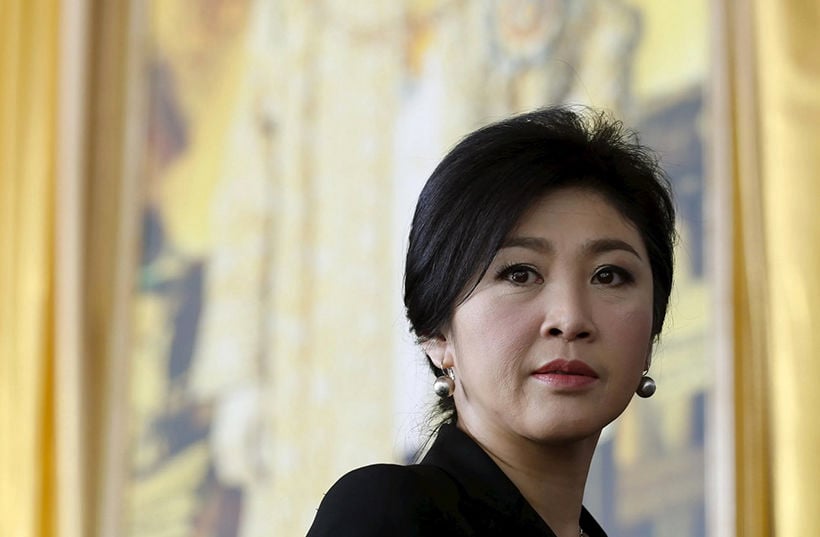 Former PM Yingluck Shinawatra, now a fugitive living in exile since she was removed from office in May 2014 by a Constitutional Court decision, took to Facebook yesterday to respond to allegations of abuse of power brought by the National Anti-Corruption Commission earlier this week, calling on the anti-graft body to focus on the current government instead.

On Wednesday the NACC announced it had evidence the former premier and 2 senior colleagues committed offences and abused their authority during a 2013 public relations campaign.

She took to her official “Yingluck Shinawatra” Facebook page on Thursday and questioned why the NACC was quick to process 2 cases against her when it should instead be scrutinising the current administration’s activities.

“Politicians or former politicians who oppose the government are ‘suspected’ of committing offences, while those in power are always innocent.”

The NACC said Wednesday there’s evidence indicating that Yingluck, her secretary-general and her deputy PM violated the law in the submission of contract bids to state agencies.

The alleged offences relate to the “Building the Future of Thailand 2020” project, which was worth 240 million baht and launched in 2013 by the Secretariat of the Prime Minister.

Her former deputy PM said yesterday the campaign was in line with the Yingluck government’s policies that were declared in parliament.