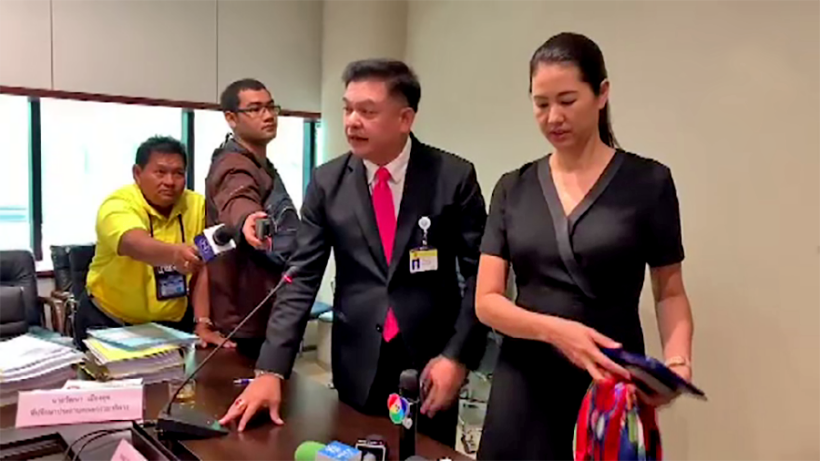 The two firstly argued over whether a document had been signed or not. Then the two engaged in a vicious verbal exchange for about 15 minutes before Seripisut, a former national police chief, lost his cool…

“Don’t be fucking nosey, talking to me like that!”

That didn’t go down well and received the retort…

“Don’t use that low-class language with me.”

“Because you are low-class!”

Pareena reportedly demanded Seripisut withdraw the words “fucking nosey”, which he refused to do.

Then Palang Pracharat MP Sira Jenjakha walked in and jumped into the fray, demanding Seripisut withdraw the swearing and nasty sleights. He questioned how a man could use such rude language speaking to a woman.

The former police chief then abruptly adjourned the meeting and instructed parliament officials to keep an audio record of the incident so he could file defamation charges against the two Palang Pracharat MPs.

Sadly we don’t have access to any audio, let alone a video.