Plastic waste has been found inside a whale that was washed up along Krabi’s shoreline.

A sperm whale was washed up near Koh Lanta, in Krabi province yesterday. It was 12 metres in length and was estimated to weigh 11 tonnes.

A marine veterinary team completed an autopsy today and discovered 3 plastic bottles inside the stomach of the whale. Also its teeth had been removed and are believed to have been stolen for superstitious and black magic purposes.

The Koh Lanta District Chief, Somboon Temchuen, along with the local Fishery Department and the veterinary team, attended the autopsy at the beach and were told that the cause of death was an inflammation in its stomach. The three plastic bottles found inside were certainly one of the factors, according to the marine experts.

The sperm whale is a protected marine animal and, sadly, is one of the sea creatures that is particularly prone to dying because it’s prone to ingest plastic waste floating in the seas around Krabi and Phuket. Over the past 30 years, a total of 21 sperm whales have washed up dead on various Thai beaches.

Regarding the missing teeth of the animal, the officials have already reported it to the police – the smuggling illegal animal body parts. 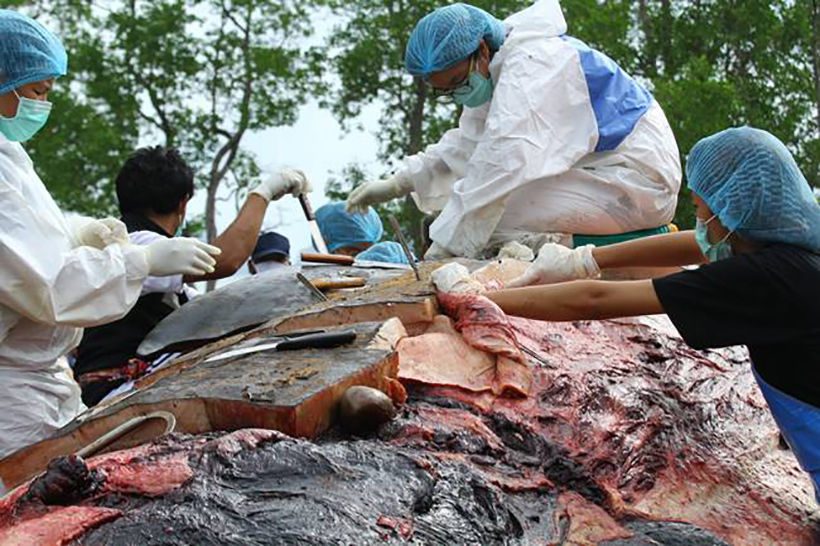