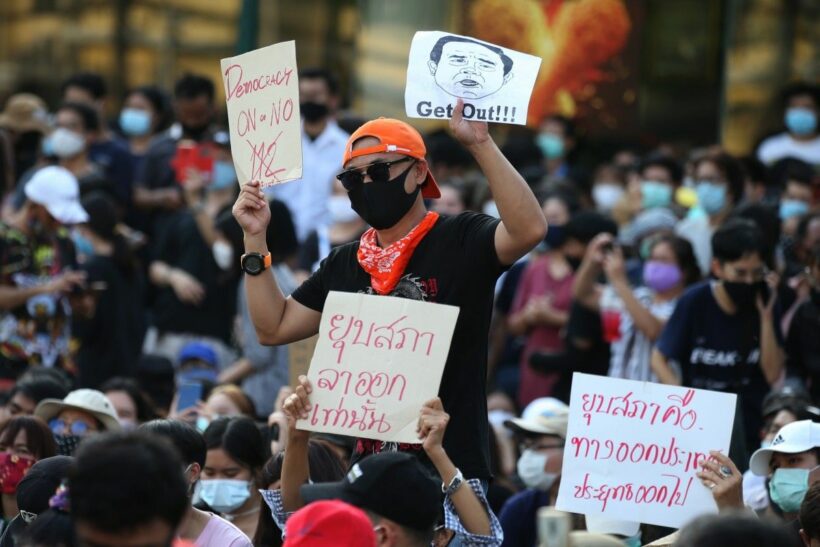 Whilst the police attending the mostly-peaceful protest, on Saturday afternoon and evening around Bangkok’s Democracy Monument, they didn’t intervene and break up the crowd. But they were taking plenty of photos.

Now Bangkok Police have announced that they were gathering evidence to press formal charges against the leaders of the pro-democracy protest. Chief of the Metropolitan Police Bureau, Lt. Gen. Pakkapong Pongpetra, focused his comments on the activist group “Free Youth,” which led the protests which attracted over a thousand people, “many thousands” according to some international media.

Meanwhile, students and protest groups have also staged smaller gatherings in Chiang Mai and Ubon Ratchathani on Sunday, again demanding the removal of PM Prayut Chan-o-cha and his government. This morning there was also a small gathering in Rayong’s Ain city centre.

The Chief says that Saturday’s Bangkok protest leaders could face charges under the current Emergency Decree, the communicable diseases laws, as well as disrupting traffic. Although Lt. Gen. Pakkapong named the main activist group behind the organisation of the protest he didn’t go so far as naming specific individuals “of interest”.

Protesters had to break through a police cordon to reach the Democracy Monument on Saturday afternoon. Despite a few scuffles, police largely allowed them to conduct their protest and make speeches. Lt. Gen. Pakkapong Pongpetra made an appearance at one stage resulting in a polite exchange between him and protest leaders where it was made clear that the ring-leaders could be arrested and charged.

The Chief said the protestors should “take citizens inconvenience” into account. He also warned that police were prepared to “maintain order” if there were future protests by the same group.

The protest was certainly the largest political gathering in Thailand since the Covid-19 outbreak started in Thailand and the government issued draconian emergency decrees. One of the laws in the emergency decree prevents “large public gatherings”. Other large illegal public gatherings, including fights at the Lumpini Boxing Stadium, which resulted in a cluster of 100s of infected people, have not resulted in arrests. 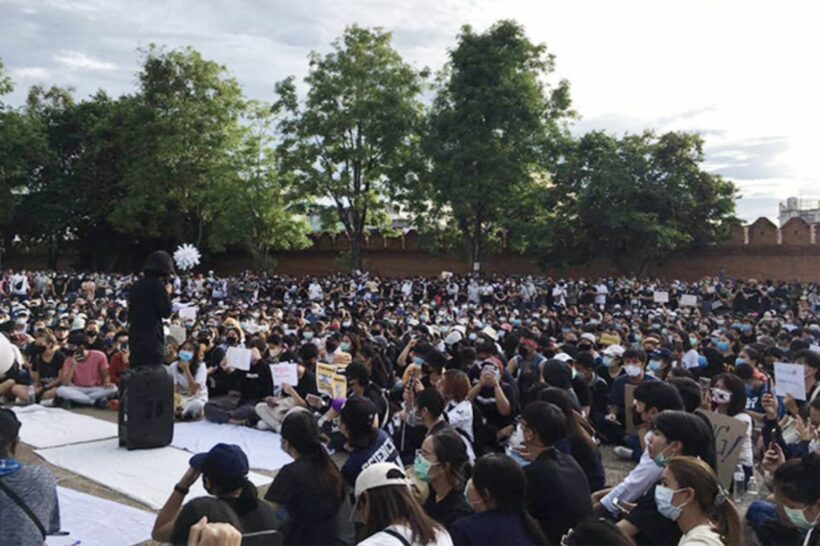 A new generation of political voices are demanding to be heard