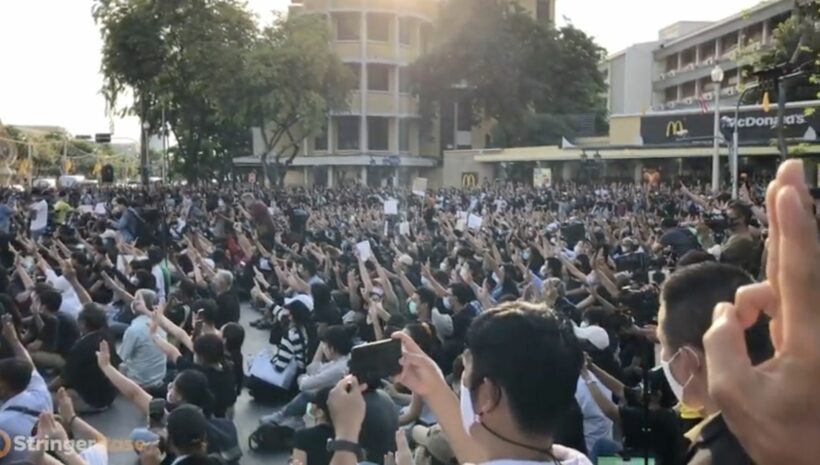 Anti-government protesters congregated at the Democracy Monument in the heart of Bangkok late yesterday afternoon to demand the dissolution of the current Thai Parliament, demanding a new Constitution and the removal of PM Prayut Chan-o-cha and his government

The protest was organised by the Union of Students of Thailand and “Free YOUTH”, and was held in contravention of the emergency decree, restricting congregations of people to limit the spread of Covid-19. They accused the current government of restricting the free expression of the Thai people. They also threatened the government, if it doesn’t respond to the demands within 2 weeks, that they will turn on more protests.

The protesters rallied peacefully, after firstly forcing their way through lines of armed police to reach the Democracy Monument. It was the largest protest of its kind for at least 2 months. The sheer size of the turn out will surely draw a response from the government as it wrestles with economic recovery and had four of its leading economic advisors and ministry members resign last week.

Meanwhile, netizens were ‘rallying’ online using the hashtag #เยาวชนปลดแอก or Youth Liberation. More than 1 million tweets supported the removal of the PM and cabinet. The 3-finger salute, made popular in the ‘Hunger Games” movies, was on display throughout the event, also used frequently by Thanathorn Juangroongruangkit, the leader of the now-defunct Future Forward political party. 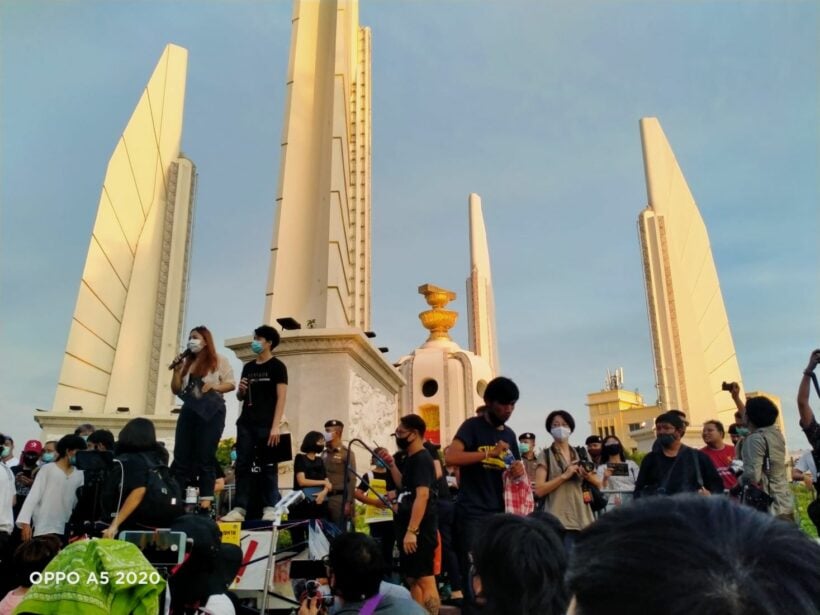 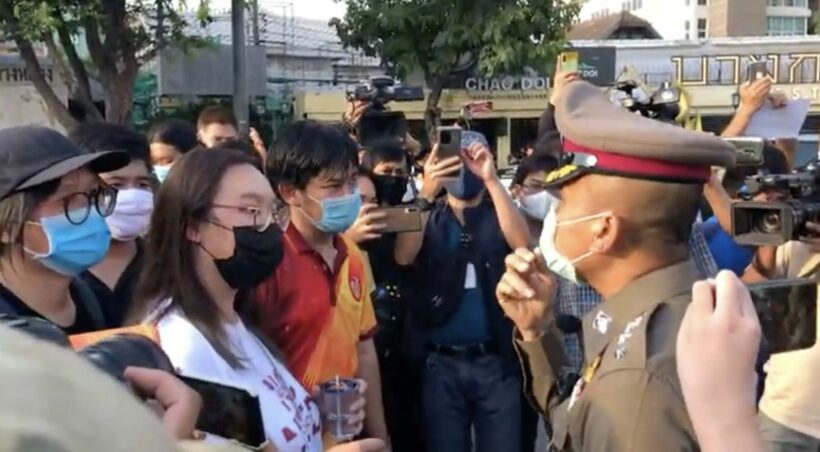 Many of them, wearing black shirts, began streaming towards the Democracy Monument at about 4.30pm.  They were carrying posters reading “Get Out Prayut” and “The Longer the Government Stays On, the More the Damage.”

According to Thai PBS, one of the protest leaders, and Thammasat University student activist, Prit Chivarak, accused the Government of “incompetence in administering the country and voiced his objection to the extension of the state of emergency”.

Chuthatip Sirikhan, president of the Union of Students of Thailand, challenged the protesters to turn the torch lights of their smart phones on and to aim them at the monument, as a symbolic gesture indicating that Thai democracy has been in darkness.

She said that the protesters would maintain the vigil at the monument “to prevent democracy from vanishing from the country.”

Police arrived at the scene and warned the protesters that they could face 2 years in prison as well as a fine of 40,000 baht for not observing social distancing. His warnings were ignored. Commissioner of the Metropolitan Police Bureau attended the rally to command officers providing security there. He said that the rally had been staged without permission.

More than 1,000 people attended the protest. The video speaks for itself…