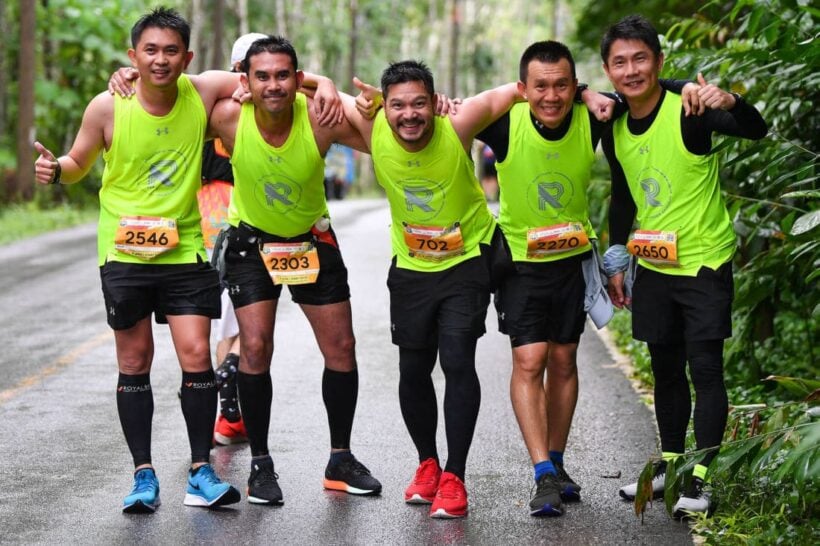 The Laguna Phuket Marathon welcomed a record 12,000-plus runners from 73 countries for its 14th edition. The two-day festival of sport and fun was held over the weekend. The weather wasn’t kind to the event this year making the run additionally challenging for runners, and difficult for organisers.

The largest nationalities represented at this year’s Laguna Phuket Marathon were Thai, Japanese, Chinese and British. There was also a large contingent of runners from the Philippines and who made their presence known with Richard Salano and Prince Joey Lee finishing first and second in the Men’s Half Marathon, and Christine Hallasgo (PHI) and Christabel Martes (PHI) placing first and third in the Women’s Half Marathon. Other notable Filipino performances were from Bryan Quiamco and Azlan Pagay (PHI) who placed second and third respectively in the Men’s Marathon field, and April Rose Diaz who placed third. 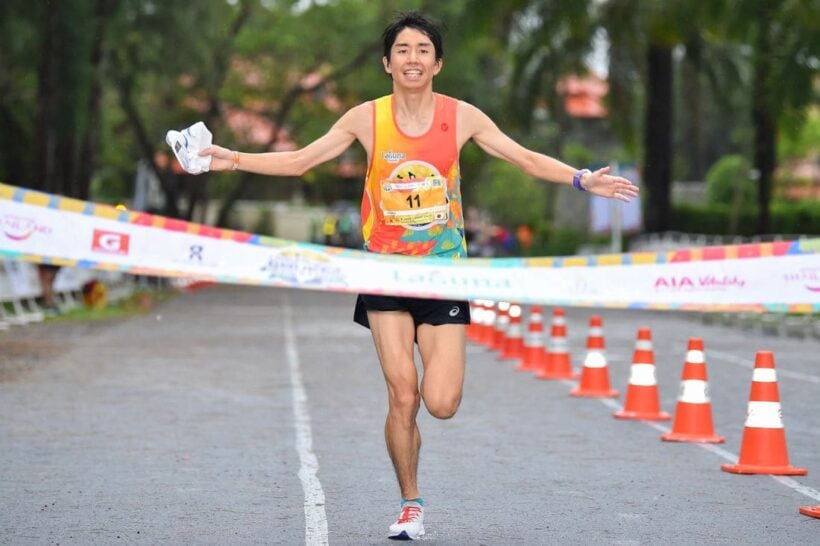 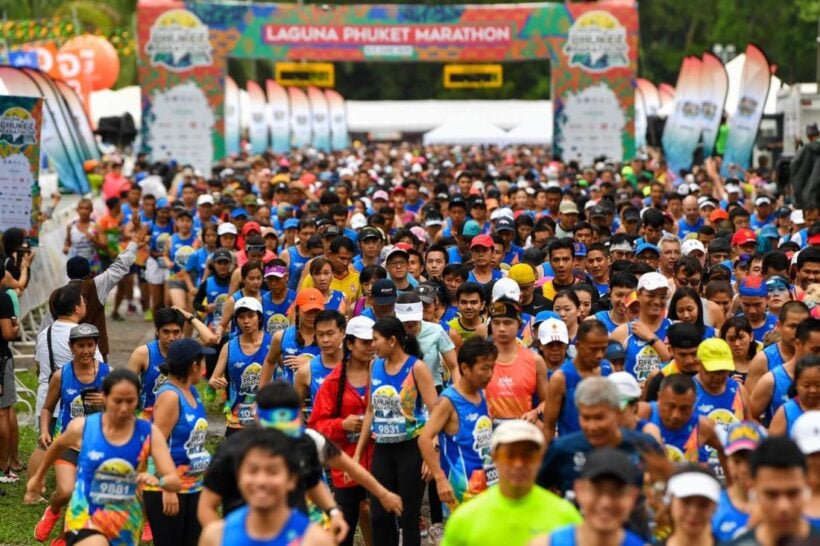 Japanese runners dominated the 10.5km distance with Hiroki Nakajima and Hisashi Kitamura claiming first and second in the Men’s division ahead of Supit Chantharat (THA) in third. In the Women’s race, Phuket-based Dimity-Lee Duke (AUS) won in a time of 00:41:30, 23 seconds ahead of Tomomi Nakajima (JPN), who out-raced compatriot Sawa Aoki.

The Japanese super couple of Hiroki Nakajima and Tomomi Nakajima won their respective Marathon distances at the 2017 Laguna Phuket Marathon and returning this year ran 10.5km on the first day, and Marathon the day after. While Hiroki was out sprinted to finish fourth overall in the Men’s division, Tomomi went on to win the Women’s distance for the second time ahead of Amy Mumford (GBR) and April Rose Diaz (PHI).

The Men’s Marathon was won by another Japanese runner, Takashi Mino.

Top athletes from Thailand included Thai national team runner Supit Chantharat who finished third in the 10.5km and sixth in the Men’s Marathon; former national team runner Natthaya Thanaronnawat, who finished second in both the Women’s Half Marathon and 5km; and Thai triathlete Jaray Jearani who finished seventh in the 10.5km Men’s race. Meanwhile Thai youngsters dominated the 2km Kids Run claiming all three top spots in the girls division and second and third places in the boys division. 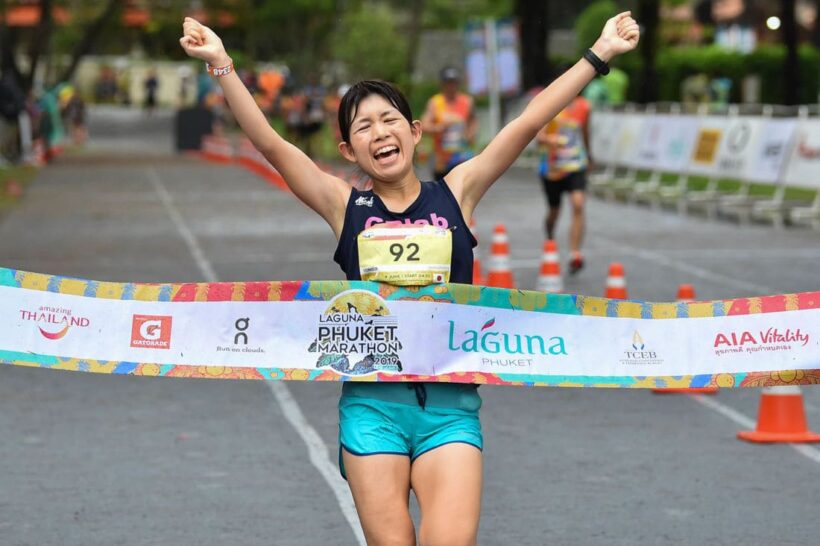 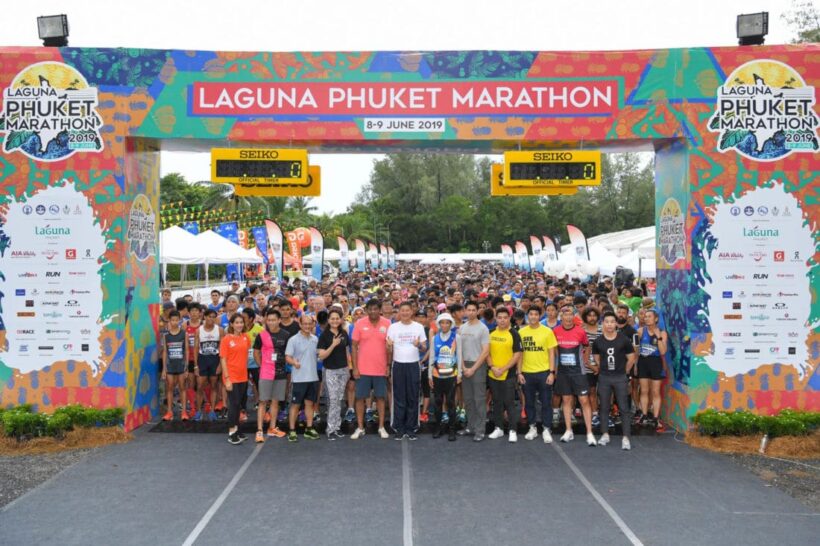 A notable performance from Australian Hayley Newman saw her win the 5km Women’s race for the third consecutive time.

Famed for it’s beautiful course around Laguna Phuket and the island’s northern beaches, organisers strived to reduce single-use plastics on the course this year.

Top three winners in each distance…