The National Hazardous Substances Committee (NHSC) resolved on Tuesday October 22 to ban the import, sale and use of paraquat, glyphosate and chlorpyrifos in Thailand from December 1.

Deputy Prime Minister and Public Health Minister Anutin Charnvirakul, a vocal supporter of the ban, hailed the resolution, saying the “heroic act” of the committee will be inscribed in the history of Thailand. He maintains that the ban on the three chemicals is not a political issue and his Bhumjaithai party did not politicize the issue for its own benefit, adding that as of December 1, possession of any of the three substances will be illegal.

26 of the 29 members of the NHSC attended the meeting, three of whom opted out of the vote over concerns of conflicts of interest arising from their close connections with the chemical industry. 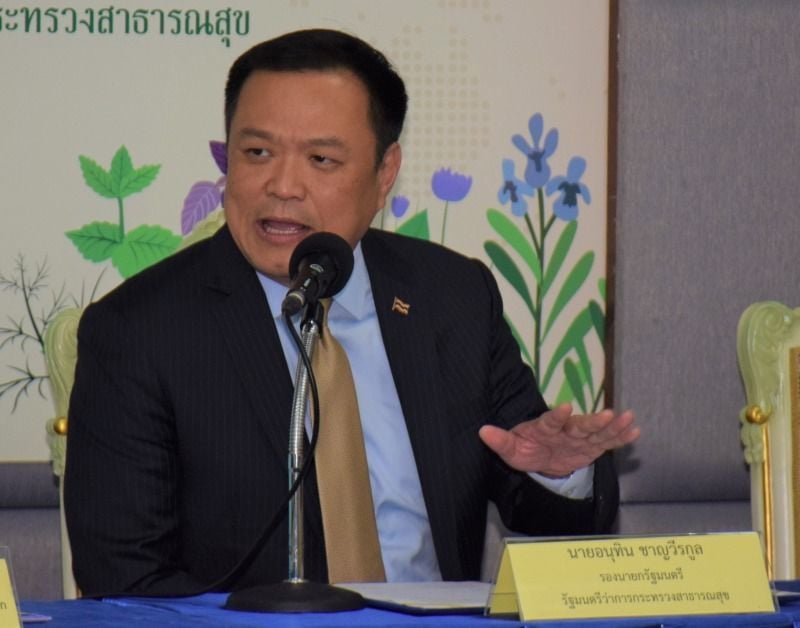 Before the vote, the committee “considered reports from the Ministry of Agriculture and Cooperatives, assuring the availability of alternative chemicals, and from the Public Health Ministry regarding the health risks posed by the three chemicals and the monitoring of residues of the substances in farm produce,” according to Thai PBS World.

Unlike previous votes by the committee, which were conducted behind closed doors, the Tuesday’s vote was open and transparent.