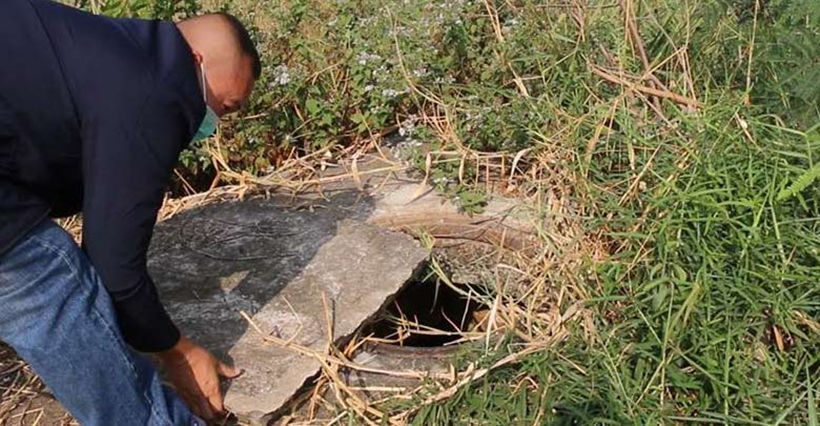 Villagers in the northern Khon Kaen province are complaining of a seafood “factory” that has been dumping foul smelling wastewater into public drains. Hundreds gathered in the Mueang Kao subdistrict’s Sirirat Village to plea for help from local agencies. The smelly black water spills out from the drains, stinking up homes, and has even travelled into locals fields. Thousands of villagers are complaining that they’re affected by the smell and the flies it attracts.

Many locals were seen wearing medical masks and pointing to the source of the wastewater, a home that’s been converted into a seafood factory which has been dumping wastewater, polluting the water in the area.

One villager told local media the problems started last October, when the owner changed his home into a seafood factory. Locals don’t know what’s being used to wash the seafood but the wastewater is dumped into the public drain, which travels throughout the village, giving homes in the area a common ‘rotting fishy’ smell from the sewer. Many villagers say they have to wear masks 24/7 because the smell is so bad they’re afraid that it will affect their health (not that the masks will do anything to help).

70 year old “Dahm,” the factory’s owner, admits it’s the source of the smelly wastewater. He says his family makes squid and chicken feet products for restaurants and stores in Khon Kaen. The water used used to wash the squid is dumped directly into the public drain. Dahm claims he didn’t realise the water was causing so much trouble for the villagers.

“When I realised the villagers were suffering from the water I stopped washing squid for about 2 weeks now.

“Instead, I order squid and chicken feet that have already been treated, and repackage the products before delivering them to the buyers. My daughter has sent a request to build a wastewater treatment tank to the Ministry of Public Health.”