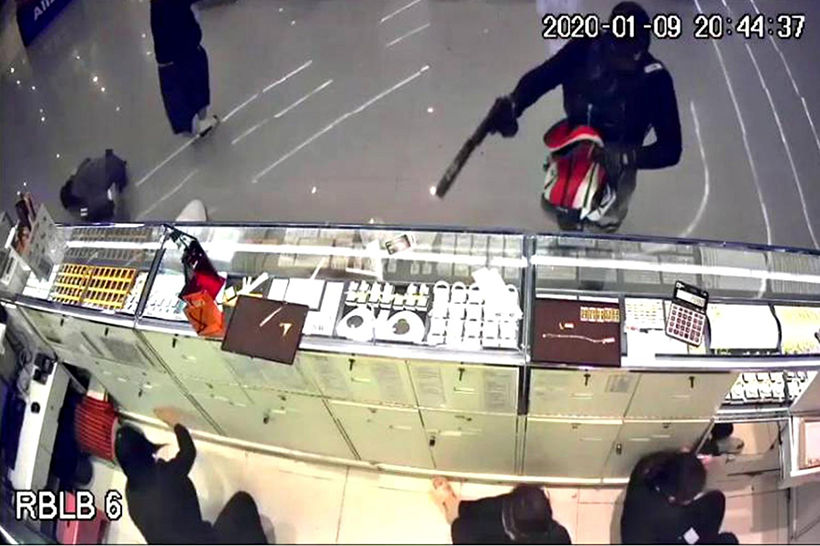 PHOTO: A CCTV screenshot of the gold shop robbery in progress. - CCTV image

Police in the northeastern province of Nong Khai are confident they’ve identified a suspect in the January 9 gold shop robbery and shooting in the central Lop Buri province that killed three people, including a two-year boy, and injured four others. The man was summoned for questioning.

National police chief Chakthip Chaijinda says that the man, whose identity is currently being withheld, matches the suspect’s profile, being around the same height and spotted carrying a red shoulder bag, the same as used by the robber. Chakthip says if DNA test results disqualify the man as a suspect, he’ll be released.

Police have checked footage from about 1,000 CCTV cameras installed along routes that were likely used by the gunman when he fled, but found no clues that could lead to an arrest.

Deputy national police chief Chaiwat Kateworachai, meanwhile, asked the robber to turn himself in within 10 days (assuming that the current suspect isn’t charged).

“He will be caught sooner or later.”