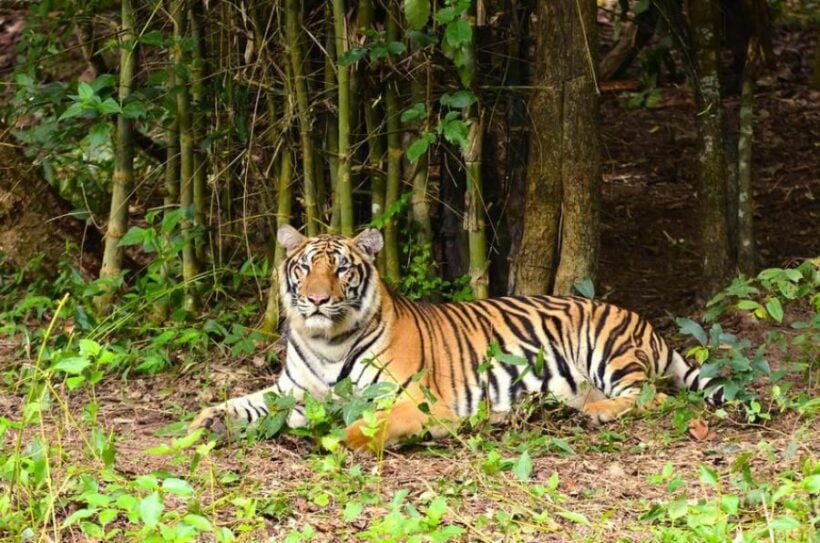 A drone has been deployed in the hunt for a wild tiger believed to have wandered outside its natural habitat at the Huey Kha Kheng wildlife sanctuary. The sanctuary, in the northern province of Uthai Thani, has brought in forest rangers in an attempt to track down the tiger, whose footprints were spotted in a nearby maize plantation. 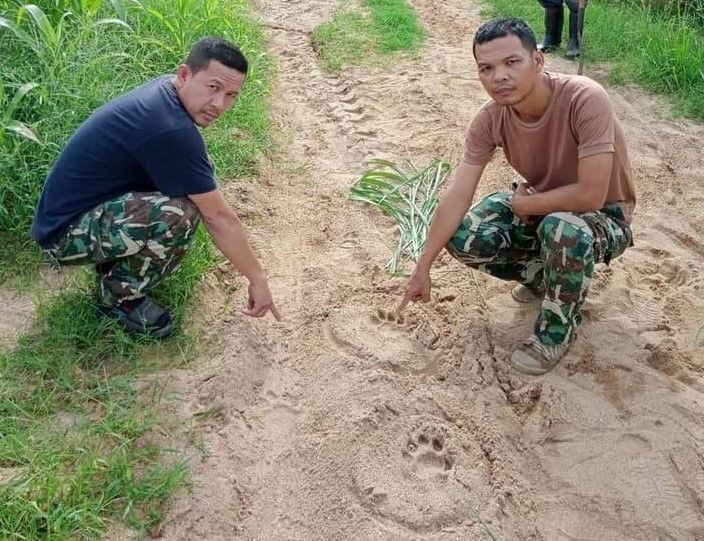 Sanctuary chief, Permsak Kanitthachart, says rangers from the Khao Khieu forest protection unit are working with officials from the Khao Nang Rum wildlife research station to locate the big cat and drive it back to its rightful domain. Thai PBS World reports that a sighting was reported Tuesday evening, with local residents advised to stay indoors at night.

On Wednesday morning, more tiger footprints, and the carcass of what is believed to be a dog, were found in the maize plantation. Rangers say they hope to find the tiger and return it to the jungle sanctuary within the week, adding that they fear villagers may kill it if it remains in the area.

Thailand’s wild tigers are under threat, despite renewed efforts to protect them and increase the population. A number of sightings have been caught on camera recently, but there are believed to be fewer than 150 tigers left in the wild.