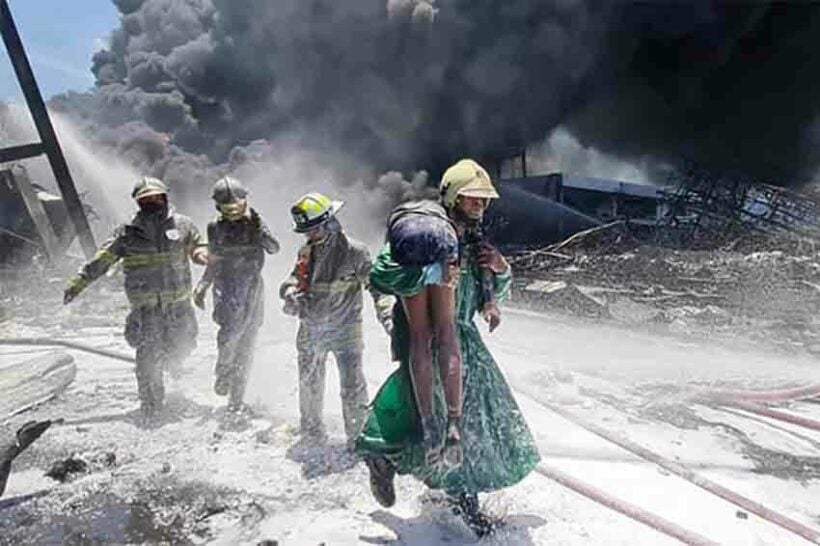 The Federation of Thai Industries is calling on the government to move factories away from residential neighbourhoods, following the devastating blaze in Samut Prakan, outside Bangkok. According to a Bangkok Post report, FTI chairman Supant Mongkolsuthree suggests factory owners could be given incentives to relocate, such as a reduction in corporate income tax and land tax.

“Factory relocation requires support from the government because it incurs high costs.”

1 firefighter has died and dozens have been injured fighting a huge blaze at a plastics factory in the Bang Phli district of Samut Prakan. It took over 24 hours to fully extinguish the fire, which started with a huge explosion in the early hours of Monday morning. The Bangkok Post reports that 73 homes were damaged and 1,900 residents within a 5-kilometre radius had to be evacuated. Since then, officials have issued warnings about the risk of toxic fumes from the site.

The FTI points to growing city expansion as a contributing factor in residential homes having to exist side-by-side with manufacturing plants. Supant is calling on the Industrial Estate Authority of Thailand to develop dedicated industrial zones so that factories can be moved away from residential areas and offered low land rates. He adds that the FTI encourages its members to develop their premises along environmental guidelines and says there are currently 300 factories under the Eco Factory project.

Tjampman
25 minutes ago, el_khan said: From my understanding this factory was there long before there were residential properties in the area. Perhaps another point would be to not allow homes to be built near factories with hazardous chemicals. I think…
HolyCowCm
Right dab smack almost next to the airport. Probably not much there beforehand except industrial and fields with some Moo Bahns around before development took off. These Einstein's here always seem to come up with some cockamamy spur of the…