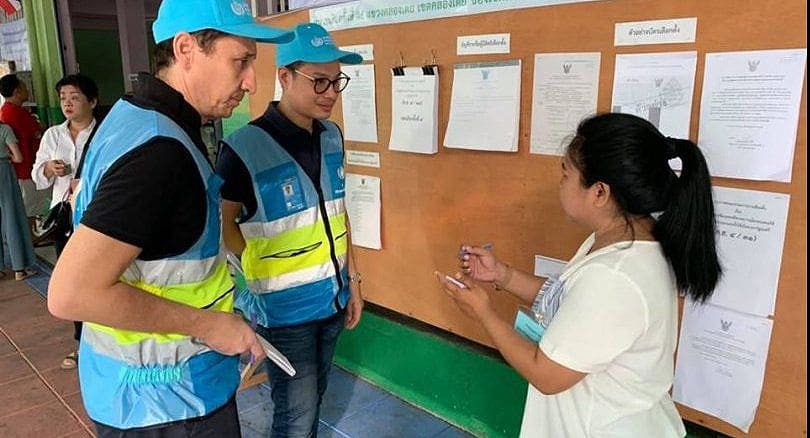 A leading international polling monitoring organisation claims it’s not confident there wasn’t any tampering in yesterday’s election at polling booths.

The vice president of People’s Election Network listed a number of election irregularities reported by some of their volunteer observer network raising doubts about the Election Commission’s efficiency. They say they had 600 observers out amongst polling booths throughout the day.

“I’m still reluctant to say I’m confident this election will be in order,” she said on Khaosod English.

“The majority of the problems involved election workers at many polling stations who failed to follow regulations.”

But she believes that most of this was caused by confusion or lack of experience, not malicious attempts to tamper with the voting.

“Those include police officers helping voters put their ballots into the ballot boxes, unsynchronised clocks that caused some polling stations to open too early and missing candidate information, which some said they never received from the commission.”

“This can become very serious. If it happened in many polling stations, it won’t be just small mistakes.”

In one serious report of vote tampering a video news report suggested improper vote manipulation by the army. In a Thairath TV reporter’s clip, a military officer is seen inside the polling area watching each of his subordinate vote in Bangkok’s Phaya Thai district.

Police say they will investigate possible vote-buying and other irregularities in several provinces during yesterday’s national voting. In Nakhon Ratchasima one voter posted that officials had covered up a Future Forward candidate’s banners at the polling station saying she had been “disqualified.”