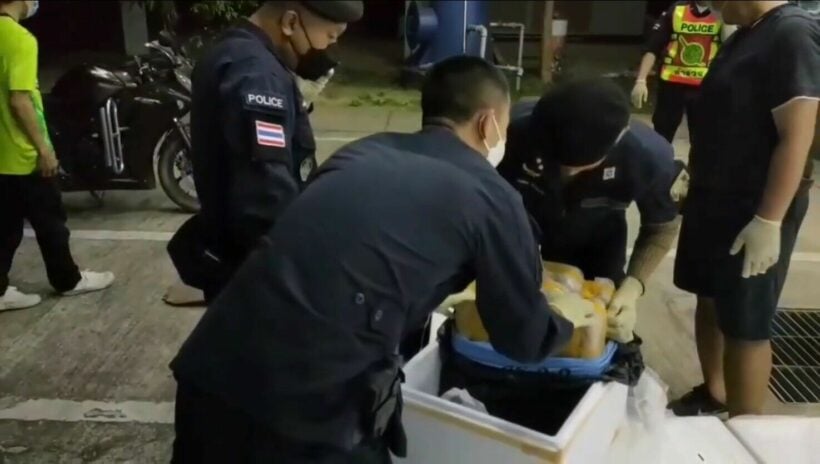 Police arrested an alleged kingpin of a drug network in Northern Thailand known as “Polly.” Yesterday’s arrest follows a drug seizure of 2.3 million methamphetamine pills, or “yaba,” which means “crazy drug,” in the Phrae province back in January.

44 year old Amnatsin Jansuk, also known as “Ek Samrong,” was arrested in Samut Prakan, just southeast of Bangkok. He was arrested the parking lot of Samrong Nuea market on suspicion of selling and disseminating a Category 1 narcotic. Ek allegedly hired an unsuspecting driver to transport the drugs across the country.

The arrest follows a drug seize earlier this year. On January 15, officers at Huai Rai Narcotics Checkpoint did an x-ray scan of a pick-up truck loaded with fruit and vegetables and found 12 sacks of methamphetamine pills, containing around 2,300,000 tablets in total.

The driver of the pick-up reportedly claimed he was hired in Chiang Rai to deliver the market goods to Samut Prakan. Reports say the driver explained that he had been hired to take the same journey three times previously, getting paid 6,000 baht each time.

Upon inspection, officers found the methamphetamine pills branded with “7,999” and “L”, a brand never found before by police. It was later discovered that the pills belonged to the Polly drug ring of northern Thailand. Police have made three arrests from the network in three months, seizing over 9 million pills in total.