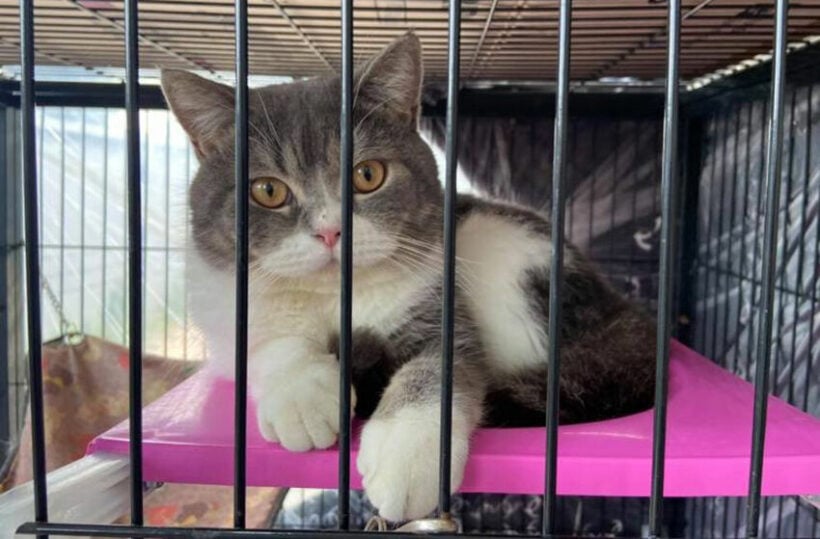 Officials say 6 rare pedigree cats seized in a drugs raid in the eastern province of Rayong, will be auctioned off next month. A number of animal welfare organisations, including The Voice Foundation and the Thai Animal Guardians Association have been campaigning for the auction to be called off and have offered to look after the animals. However, the Office of the Narcotics Control Board says they are unable to hand the cats over as they are not the property of the ONCB.

The animals, 5 Scottish Fold cats and 1 Bengal cat, are believed to have been purchased using drug money and were discovered at the property of a man suspected of belonging to a drug network. The Bangkok Post reports that the network is controlled by someone known as Kook Rayong.

Wichai Chaimongkol from the ONCB says the animals were seized under the law which gives officials the right to confiscate assets acquired through proceeds from the illegal drugs trade. He says some of the assets seized in the raid cannot be kept by the ONCB long-term, which would include the cats. He points out that the ONCB has incurred a financial burden since the cats have been in its care, with his office paying for their food.

The ONCB has been in touch with the cat owner’s relatives and have told them that if they can prove the animals were not purchased with the proceeds of crime, they can claim them. However, none of the suspect’s family members or anyone else has come forward to take the cats. Wichai says the cats will be valued and a price agreed before the auction is arranged. He expects this to happen before April 14.