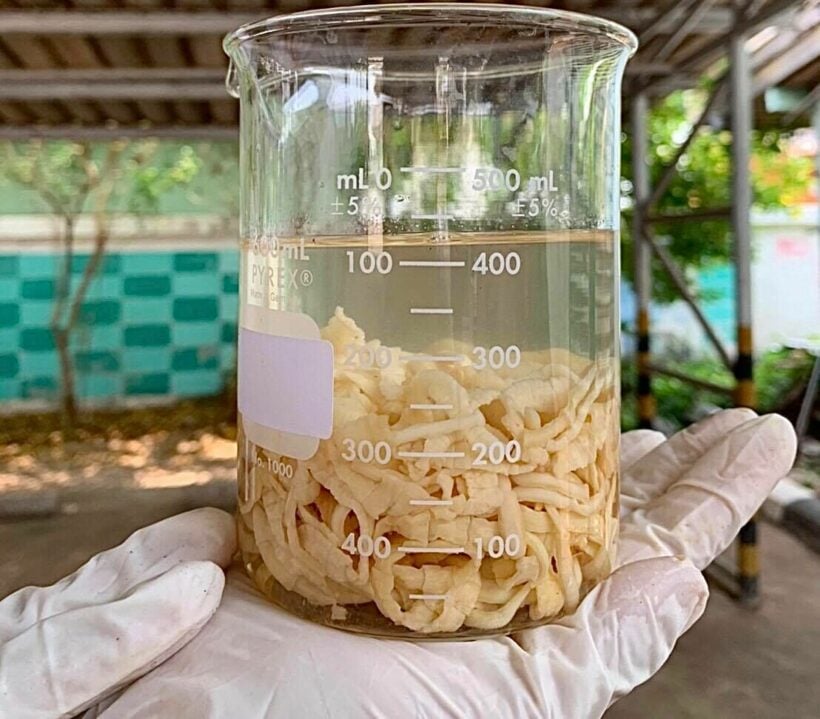 A 67 year old Thai man complaining of stomach pain and extreme flatulence found out his symptoms were from a 18 metre long tapeworm, possibly the longest tapeworm in Thailand in 50 years.

The patient gave a stool sample during a visit to a doctor in the Isaan province Nong Khai, which borders Laos. Lab tests found 28 eggs in the sample. The patient was given deworming medicine. He took it right before bed, and by the morning, the worm was coming out of his rectum.

The parasite, known by the scientific name Taenia saginata, is also called the beef tapeworm. The head of the Parasitic Disease Research Centre in Nakhon Ratchasima where the man’s stool sample was tested, Schawanya Rattanapitoon, says these tapeworms are usually transmitted to humans when they eat raw beef containing tapeworm eggs.

“We have suggested that the patient’s family also have medical tests to find out whether they had parasites as they are also at risk… We warned them not to continue consuming raw meat as that is one of the main causes of having parasites in the body.”

Schwanya says the 18 metre long tapeworm is the longest recorded in Thailand in 50 years.

“These parasites can live in humans for more than 30 years… However, currently, they do not survive very long because better medication is available. But this tapeworm was very long.” 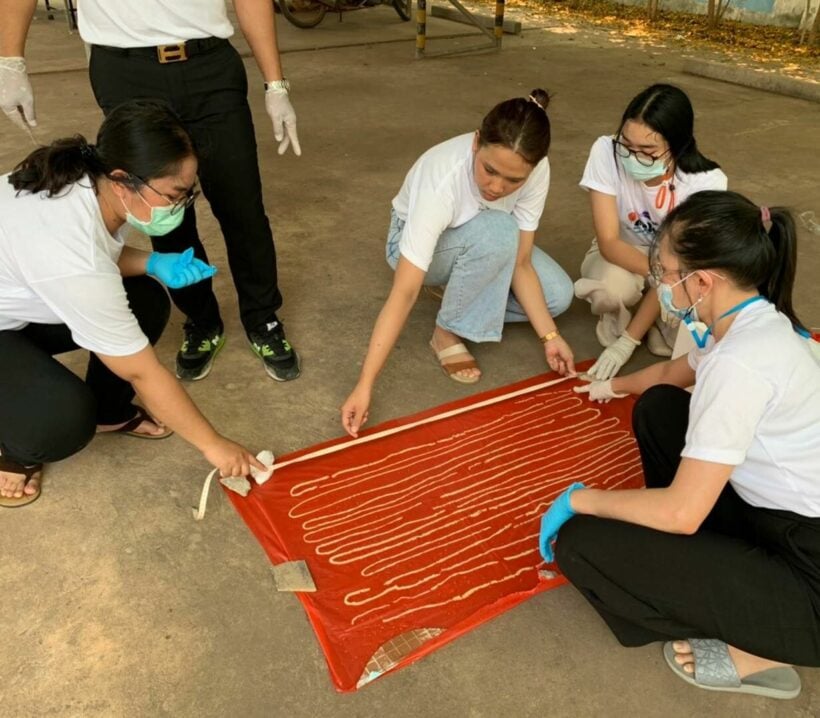 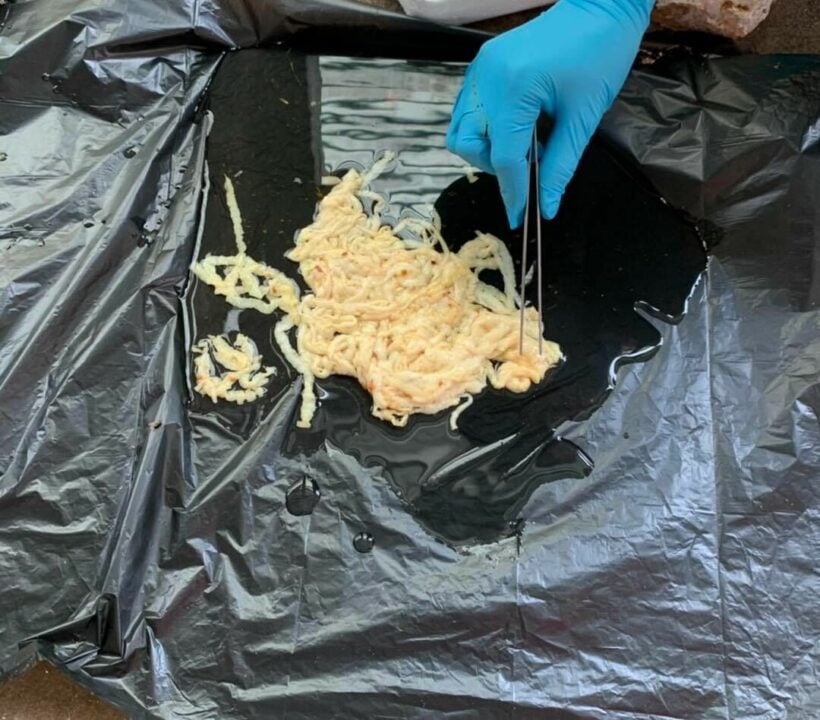 Pedigree cats seized in drugs raid will be auctioned off