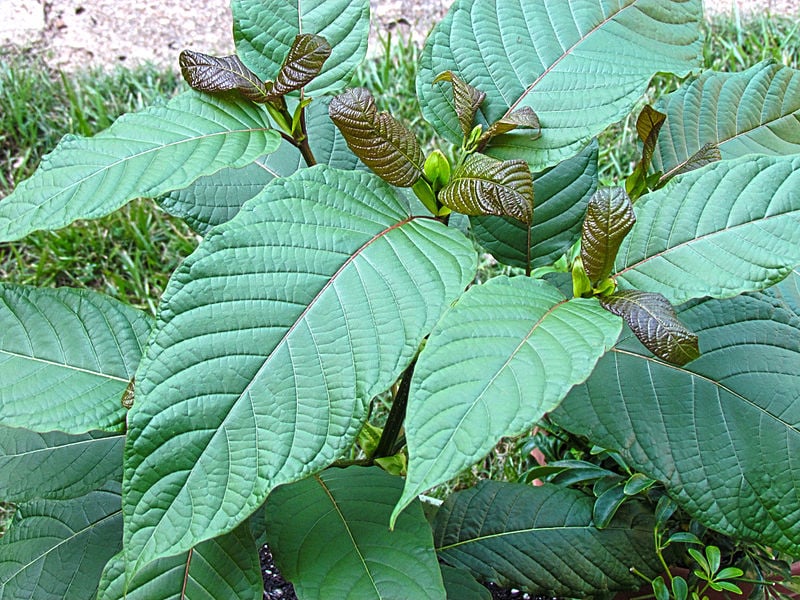 FILE PHOTO: Kratom charges will be cleared for over 8,000 offenders.

With kratom being removed from the list of illegal narcotics in Thailand officially on August 24, the Office of Narcotics Control Board says charges will be dropped or cleared for over 8,000 people. The ONCB announced that about 1,000 people who had been convicted of use, sale or possession of the plant traditionally used in herbal medicine will have their convictions overturned and purged from their record. Additionally, 6,927 other cases involving kratom between October 1 of last year and August 6 this year where 7,404 people were either indicted, charged or arrested for possession, sale, or use of the drug will be cleared of all charges.

Kratom is a naturally occurring opioid plant related to coffee plants and gives a stimulant effect for several hours after consumption. It’s commonly found in Thailand and other Southeast Asian countries and has been used for at least the last 200 years or so in traditional herbal medicine. It has been used to treat chronic pain and more recently for opioid withdrawal treatment, though it has also been popular as a recreational drug. The medicinal effectiveness has not been proven, and there are side effects including erectile dysfunction, seizures, psychosis, and liver toxicity.

The Narcotics Act of 1976 declared kratom illegal, but an amendment was made this year and published in the Royal Gazette on May 26 removing the plant from the illegal drug list. The change will take place officially on August 24 and the 8,000-plus people prosecuted for kratom-related crimes will see their charges cleared.

The new amendment that legalises kratom does have caveats though. Kratom will no longer be an illegal narcotic and people will be allowed to grow, harvest and possess kratom plants, and making herbal medicines in it is also permitted. But using the kratom plant to manufacture any sort of narcotic drug is still against the law. Previous statements also imply that the Thai government intends to make rules and regulations regarding kratom, similar to the legalisation of marijuana in parts of the United States.

HolyCowCm
8000 incarcerated for this, and then how many more for the m- juana? Ridiculous.

Human trials for nasal spray vaccines scheduled for end of 2021