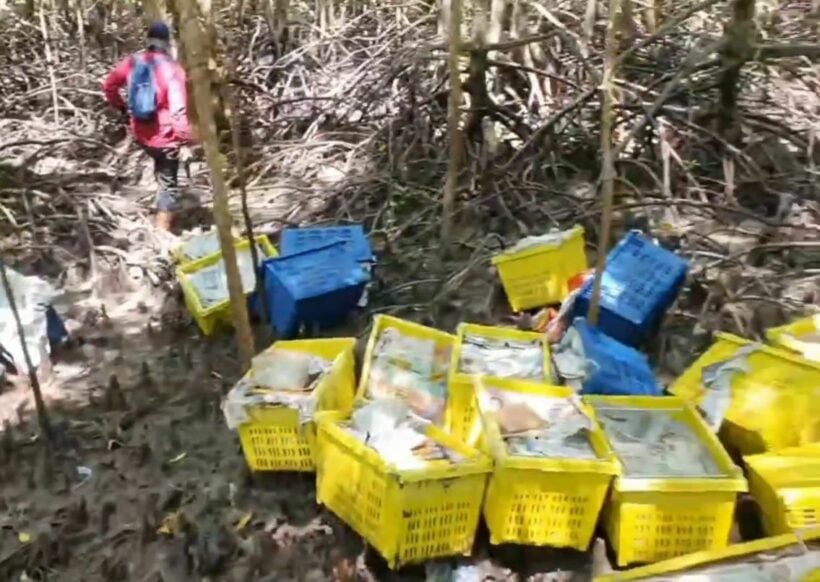 Police in the southern province Satun seized 1.2 tonnes of heroin and methamphetamine valued at around 1 billion baht that had been left in a canal near the Malaysian border. Thai maritime authorities and Satun marine police were surveying a mangrove forest at the Tam Malang Canal when they found 39 large plastic bins in the wetland.

Large quantities of heroin and methamphetamine were inside the bins. Officers suspect the drugs were in transit and were dropped off at the secluded location to then be taken by another trafficker and smuggled out of the country.

“Marine police have confiscated drugs with a street value of around 1 billion baht and taken them back to the police station for further investigation.”

Thai police have made several busts in recent weeks. The Justice Minister recently announced that Thai authorities are now working with foreign agencies to crack down on transnational drug trafficking with routes in Thailand. The minister says Thailand is a major transit country, particularly in the methamphetamine trade coming from production bases in Myanmar’s region of the Golden Triangle.

Stardust
Flour deliveries are rising when the Narcos are in power.