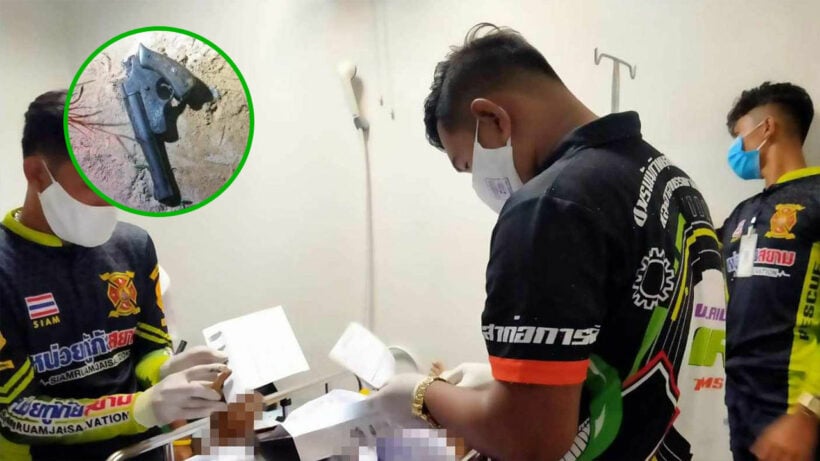 A man accidentally shot and killed his daughter-in-law during a fight with his son last night in southern Thailand. After a heated argument around 7:30 pm Sunday, a father got out a shotgun to shoot his son, but the trigger failed, Thai media reports.

The son, 33 year old Niran Rakkaew, then tried to grab the in the gun from his father, 68 year old Attak Rakkaew, at a home’s backyard in Khanom, Nakhon Si Thammarat.

In the ensuing fight, each trying to grab the gun, 28 year old Patcharee Rodcharoen, from Surat Thani, ran out to break up the fight. The shotgun accidentally fired, killing Rodcharoen. She was taken to a nearby hospital and later died.