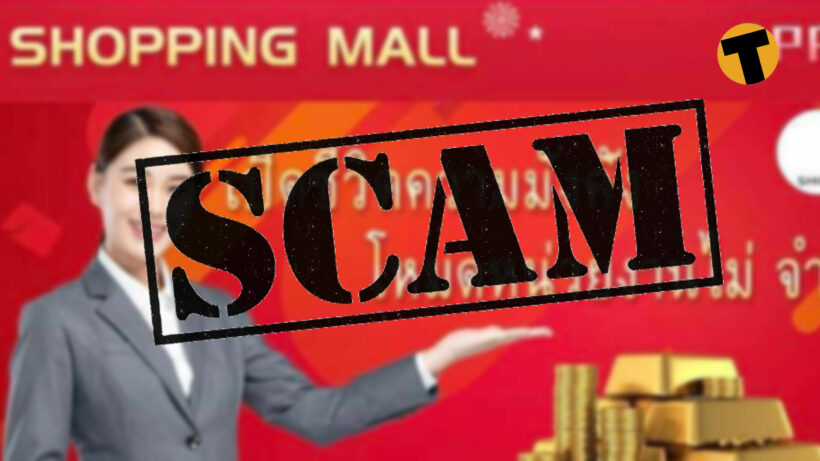 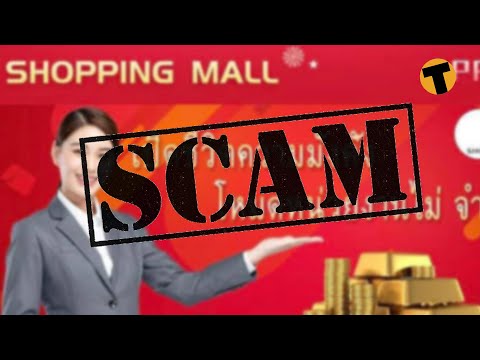 So the fallout of the SPM Shopping Mall app scam continues and police around the country are being swamped with official complaints from aggrieved victims, some who lost hundreds of thousands of baht.

Police have already started arresting people allegedly involved with the scam, or who may have been facilitating or encouraging others to join in the pyramid scheme.

Firstly is how reasonable people didn’t see that it was a scam. On the face of it, the whole thing had an air of legitimacy. The app appeared very professional and the idea of getting paid to click on products in order to push up their SEO is not new. Some schemes like this in the past were quite legitimate and some still exist where reviewers are rewarded for positive clicks.

But there were a few red flags with this scam.

Firstly the amounts of money they were offering in return for clicks was very high. The promise of paying participants between 10 – 14 days also had the hallmarks of a classic Ponzi scheme where the monies received from new participants are used to pay the older ones.

The pyramid scheme is where participants are asked to invite others, usually friends, into the scheme, where they will then earn commission from the people they introduce. Then they will earn a proportion of the commission of the people THEY introduce and so on down the line…

Finally, the messages that started coming from the Admins on the Line croups started to increasingly frantic pushing people to invest (indeed) more money into the scheme to make sure they could click on more of the shopping list items.

In the defence of the people that did get involved, they were often invited to get into the scheme by their family or friends, sometimes with stories of success and big earnings… certainly for the people that were involved in the early days and were at the top of the pyramid.

Their assurances and examples of big wins would have been difficult to ignore, even if you had a few niggling suspicions. And for many, their wages had been cut or they’d lost their job during the pandemic… they were more likely to take a risk.

Once on the website, and you clicked on various buttons, was the sound of coins clinking or the graphic roll of a poker machine screen. Of course you were always the winner… or virtual winner anyway.

For the people that acted as Admins of Line groups who were actively involved in procuring new ‘members’ into the scheme and encouraging them all to keep adding more money, whilst being paid 500 baht per day along the way, I have less sympathy for you if you ended up losing money. Likely you were making some decent coin in the early stages and your greed might have just got the better of you as you preyed on the people down the line in the pyramid.

The actual website and digital infrastructure of SPM Shopping Mall was very sophisticated, and, as we already know, took around 6 months to build… allegedly in Hong Kong and China, although regional variations needed people on the ground to open bank accounts and operate as initial Admins.

The elaborate nature of the back-end of SPM Shopping Mall will be difficult to unravel here in Thailand, particularly as the king pins don’t even live here and have, assuredly, left little digital finger prints to track the down.

The Thai police have already started arresting some of the Admins… the middle men, most of them victims of the scam themselves, in some sort of face saving action.

But the biggest fallout from all of this, as the whole scam continues to unravel, is not just the tens of thousands of people who have lost money… money they probably couldn’t afford to lose… but the loss of friends, family and workmates… and the loss of trust. THAT will take much longer to repair than the the thousands of baht will take to retrieve.

Just in my immediate sphere, some employees from one of The Thaiger peer companies, became involved in the SPM Shopping Mall scam and have lost tens of thousands of baht. And the people they trusted… workmates in the same office, who convinced them to get involved, have now caused a very fractious working environment. And that’s just one office.

Multiply this across tens of thousands of other offices, groups of friends and family, and you’ll see that this elaborate pyramid scam has caused widespread disruption, WAY beyond a simple loss of money.

If YOU have lost money from this scam, the best you can do is file an official police complaint and contact your bank to see if you can block any recent money transfers.

And be assured that this WILL happen again and people, again, will fall for the opportunity to make easy money. Another pyramid scam is certainly being put together right now.