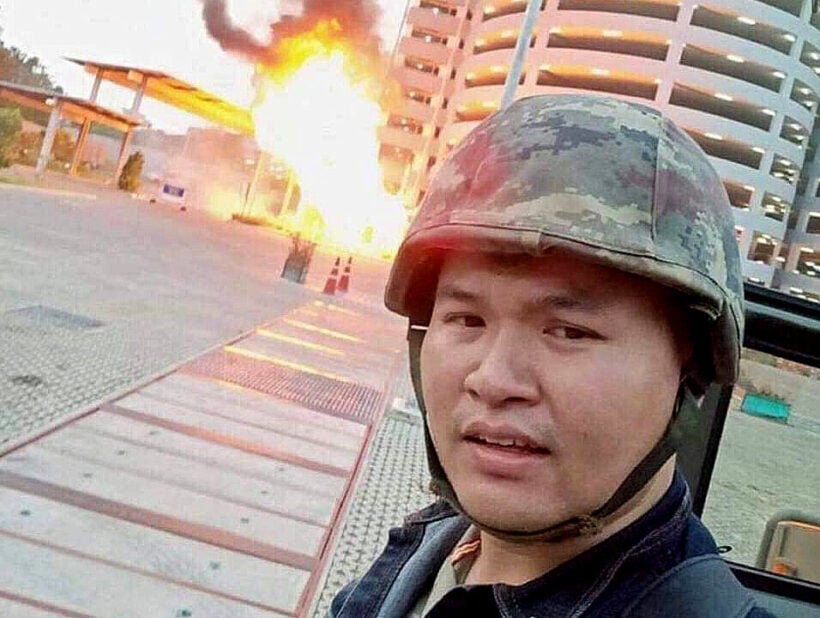 UPDATE: A police and army detachment is currently searching for an army sniper in Nakhon Ratchasima’s Korat city centre. The solider has shot dead at least 12 people late this afternoon. The city is in virtual lockdown as security officials are trying to clear the areas around the crime scene. The gunman was live-streaming the entire incident and taking selfies in front of the crime scene.

A police spokesman is advising the public to move away from the area, “stay indoor, and obey instructions from security officers”.

STORY: There’s been a major shooting incident in Korat city, Nakhon Ratchasima, north eastern Thailand this afternoon. 12 people have been shot dead according to early reports. But other social media reports are saying that up to 20 people could have been killed in the rampage. The number of people shot remains fluid and we will update the situation as soon as more accurate information comes to hand.

Police are still currently searching for an armed soldier who is said to carrying an assault rifle and is currently holed up inside the Terminal 21 shopping centre.

The soldier has been identified as Sgt. Jakkrapanth Thomma. Police say that he stole a Humvee vehicle from his army base and then went on a shooting rampage around the city. Jakkrapan later went inside the  Terminal 21 shopping mall and started shooting shoppers.

At this stage the dead include a motorcycle taxi rider, students, a taxi driver and, according to unverified reports, police and children. Other video show the gunman firing his rifle into the crowd and busy traffic driving past the mall.

Jakkrapanth has also posted several photos and videos of his attack on social media and has been updating with more photos and descriptions.

“I’m tired now. I can’t move my finger anymore.” He was complaining he had cramps. 10 minutes later…

The man’s motives are not known to police although investigators are currently combing through his social media pages finding “incoherent messages”.

As of the time of publication (7.28pm) the gunman is still posting on his social media. 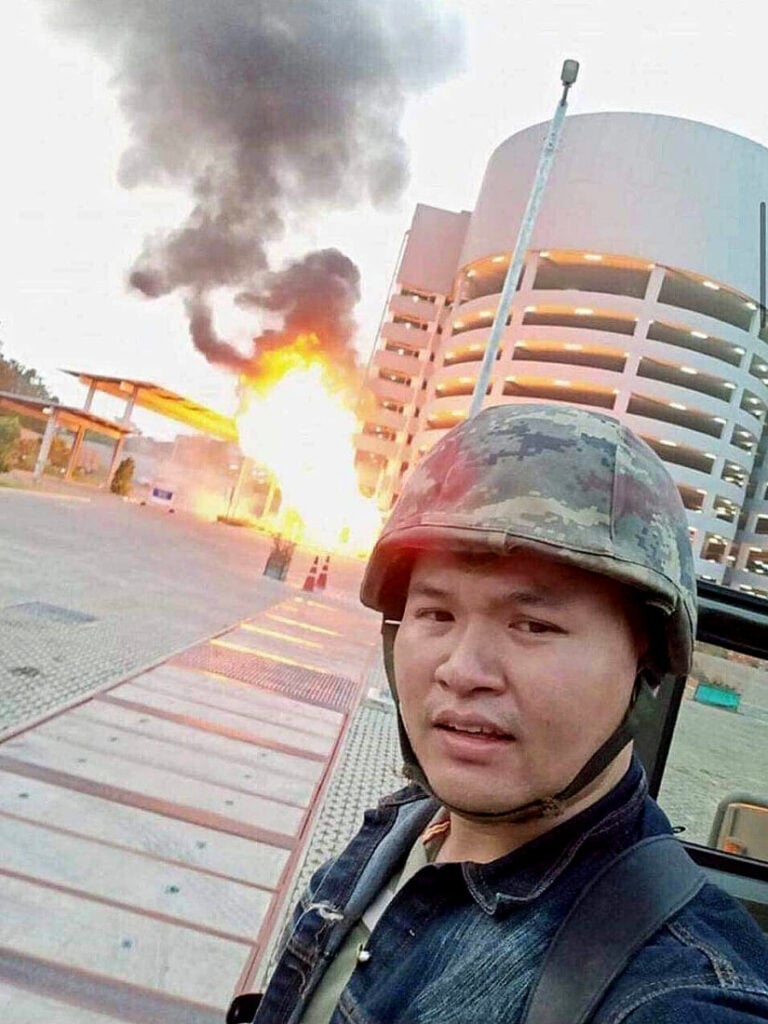