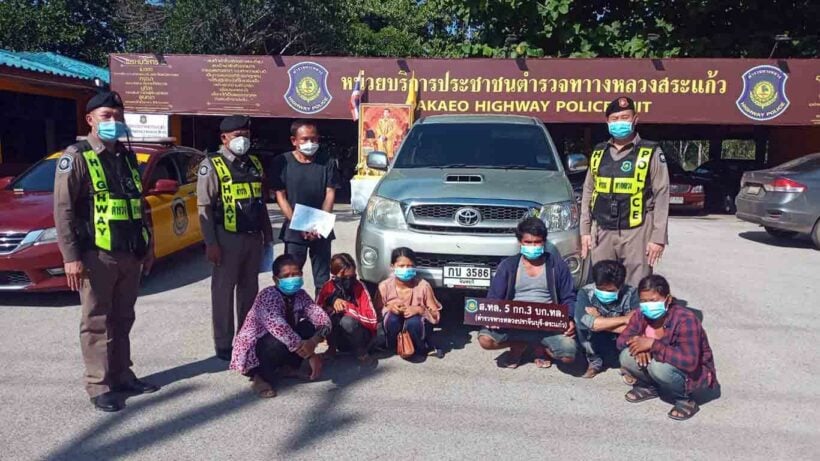 6 illegal Cambodian migrants were caught at a checkpoint in the western border province of Sa Kaeo this weekend. Such checkpoints are proliferating, designed to stop illegal border crossings and the potential risk imported Covid-19 cases. Sa Kaeo Sa Kaeo has been a particular hotspot, with many illegal migrants attempting to cross the border to work in Thailand.

ThaiBorder Control, the Royal Thai Police and regional forces have recently stepped up border control at the government’s direction. With concern of the potential spread of Covid-19 at an all time high, checkpoints are in effect on many roads in Sa Kaeo and the surrounding area. Villages on the border have been instructed to report any “strangers”.

48 year old Kajornsak Sonsom, a Sa Kaeo native, was arrested for transporting the 6 Cambodian nationals. He reportedly admitted he was paid 3,500 baht per person to smuggle them over the border in the Ta Prayha district and drive them north to Phetchabun province.

Kajornsak will face multiple charges of smuggling illegal migrants into the country, as well as charges related to the Communicable Disease Act,according to Sa Kaeo police. As for the 6 migrants, they will be tested for Covid-19 and deported back to  Cambodia.

Officials say before their capture on they were not exposed to the general public other than Kajornsak. 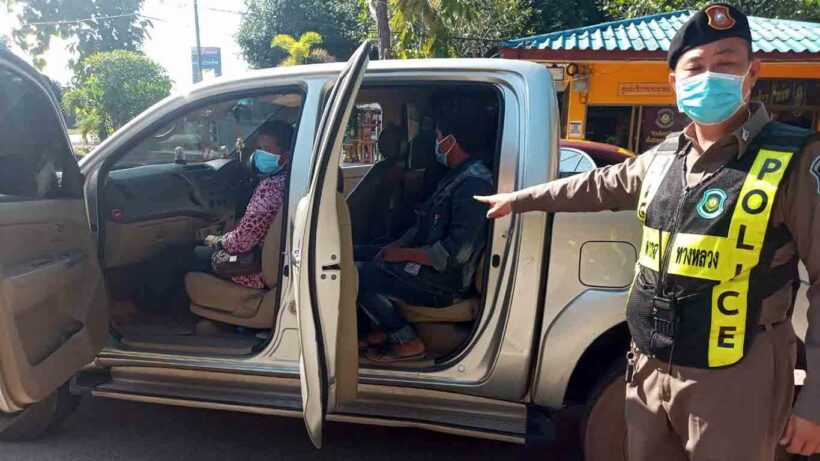