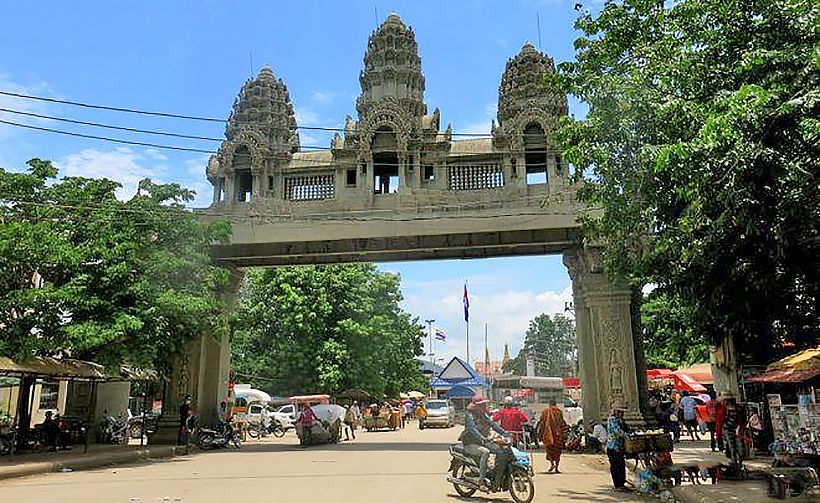 Immigration police have arrested a 55 year old “employment agent” who allegedly trafficked illegal migrant workers from neighbouring countries into Thailand. The Immigration Bureau’s commissioner identified the suspect as Petcharat Sathon at a press briefing. Officers arrested her at a hotel in the eastern province of Sa Kaeo, near the Cambodian border. She’s been charged with smuggling migrant workers into the kingdom, bypassing checkpoints.

Authorities say the arrest follows a tip off when the bureau learned the suspect had created a Facebook page called “Je Petch Poipet” to communicate with migrant workers looking to hire her to smuggle them into the country while borders are closed during the Covid-19 pandemic. Poipet is a Cambodian town on the Thai border.

According to Immigration, she claimed she could bring people into the country without the need to undergo a health check and the mandatory 14 day state quarantine. Customers paid 4,000 baht for the trip, with 500 baht paid before setting off and the remaining 3,500 to be paid after crossing the border and before being picked up by an accomplice, whose name and nationality are still under investigation

Authorities say they’re trying to find out who else was involved in her network.