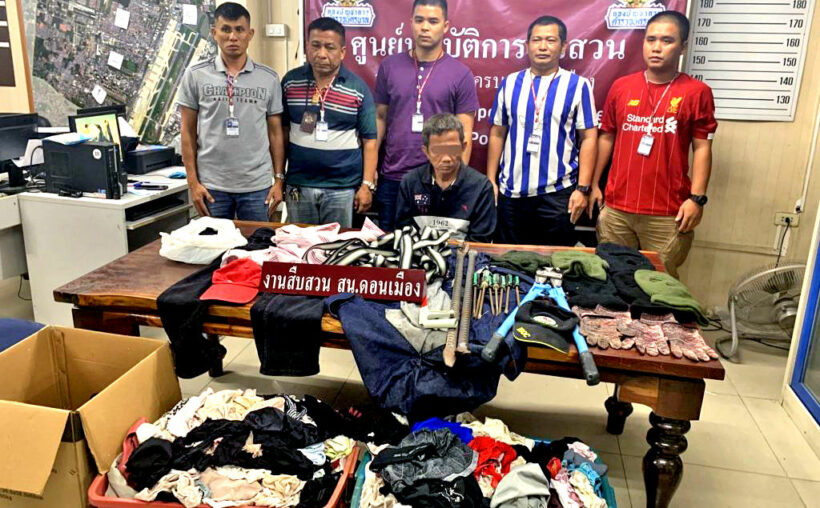 One man’s been busy moving around Bangkok condos and apartments in the northern suburbs and ‘sampling’ a range of women’s underwear and lingerie. But police have curtailed his part-time activities and arrested a 55 year old and charged him with stealing more than 1400 pieces of women’s underwear. He was arrested at a condominium in Bangkok’s Don Muang District, according to Matichon.

Detectives had received lots of complaints from female residents of their disappearing lingerie and began checking out the CCTV at the complex. They were able to arrest the thief in the act as he snatched three items of underwear from a neighbour’s veranda.

We look forward to judge’s response when his reasoning is offered in court. 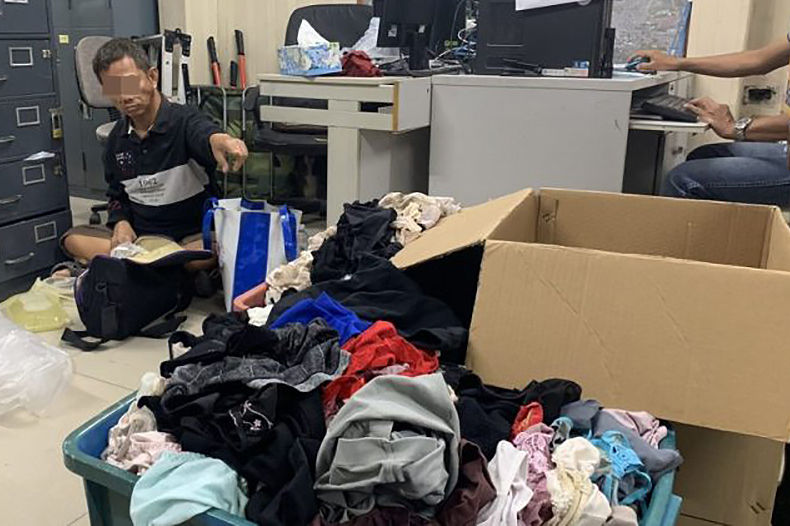