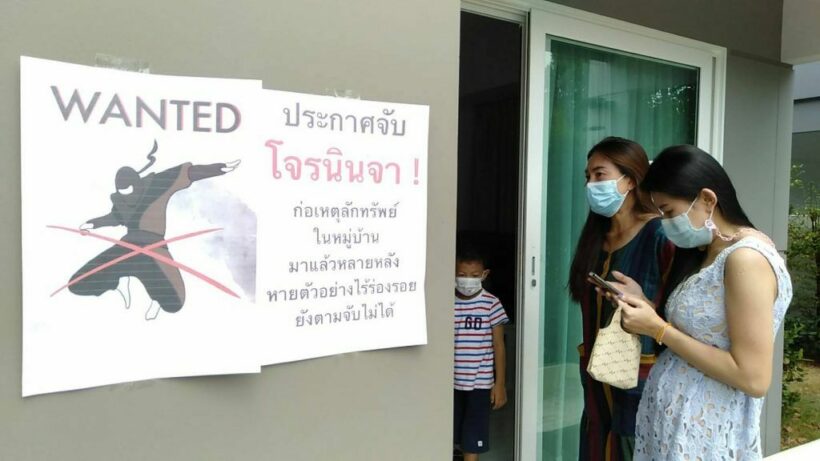 Police are searching for a suspect who many are calling a “ninja thief” after a series of robberies in a neighbourhood in Nonthaburi, just outside Bangkok, where a robber entered the homes through top floor windows. Residents have put up posters in the neighbourhood with an image of a ninja, warning others about the robberies.

So far, 10 robberies were reported in the area. The incidents appear to be related. Residents say the “ninja thief” enters homes through the top floor windows and steals small, but valuable items like jewelry and watches. In the latest home invasion, the homeowners say there was no valuable jewelry to steal, so the intruder left poop in their toilet.

One homeowner says that after hearing about robberies in the neighbourhood, he checked a box where he keeps his valuables and found that 100,000 baht worth of jewelry and other valuables were missing.

Thai Visa describes the neighbourhood as a “swanky estate” with homes costing around 5 million baht and up. The homes are gated and have security systems.